'My Wife Is Awesome': Justin Bieber Confirms He And Hailey Baldwin Are Married

In September, Justin Bieber and Hailey Baldwin were reportedly spotted outside a marriage registrar's office, but their wedding wasn't confirmed 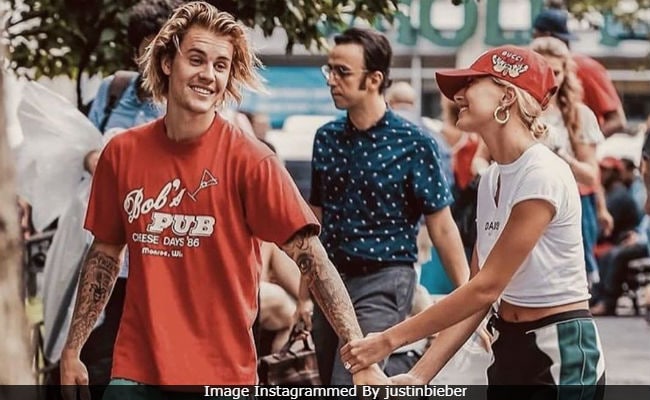 Finally, pop star Justin Bieber has confirmed his wedding to model Hailey Baldwin. "My wife is awesome," read Justin Bieber's caption for picture with Hailey Baldwin, whom he got engaged to in July. The picture features the couple hand-in-hand and we can see a big rock on Hailey's ring finger. The caption has sent the Internet into a meltdown and comments such as "wife, are you serious?" and "OMG, you guys are married?" have been posted. He had announced his engagement to Hailey with a loved-up Instagram post and months later, the couple were reportedly spotted outside a marriage registrar's office in Los Angeles. However, their wedding wasn't confirmed.

Justin Bieber, 24, had reportedly proposed to Hailey Baldwin, 21, over dinner at a resort in Bahamas and he made the engagement official just three day after it. In a lengthy post, Justin Bieber wrote how much he loves Hailey and he will always put her first. "I am so much in love with everything about you! So committed to spending my life, getting to know every single part of you, loving you patiently and kindly. My heart is completely and fully yours and I will always put you first. You are the love of my life, Hailey Baldwin and I wouldn't want to spend it with anybody else," read an excerpt from his post.

Justin Bieber is a Canadian singer, best-known for his songs such as Baby, Boyfriend, Sorry and Let Me Love You among others. His last album was Purpose, which released in 2015.