Viral: Abhishek Bachchan's Epic Reply To Troll Who Said He Has A "Beautiful Wife He Doesn't Deserve"

"You are good for nothing buddy," the troll commented on Abhishek Bachchan's tweet a couple of days ago 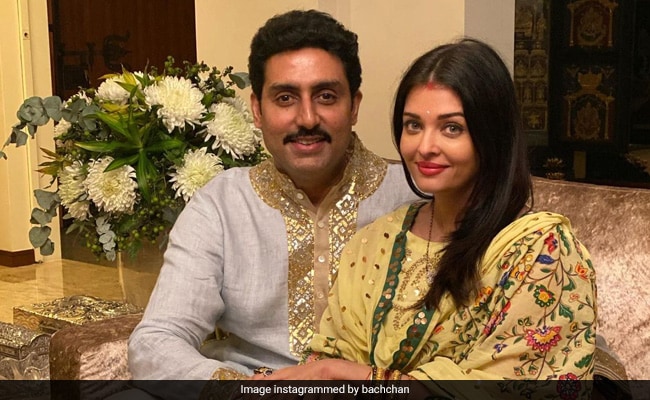 Abhishek Bachchan is a champ when it comes to shutting down trolls in savage and classy ways. The actor, who awaits the release of his new film The Big Bull, recently gave it back to a troll who called him a "good for nothing" actor with a "beautiful wife he doesn't deserve." Abhishek Bachchan married beauty queen Aishwarya Rai in 2007 and the couple are now parents to a daughter named Aaradhya. A few days ago, when Abhishek Bachchan shared the trailer of The Big Bull, a user commented this in a now-deleted tweet: "You are good for nothing buddy...the only thing which I am jealous of you is that you've got a very beautiful wife....and from that too that you don't even deserve her."

Replying to the troll, Abhishek Bachchan, who has proved on several occasions that he knows how to shut down trolls with dignity and grace, tweeted: "Ok. Thank you for your opinion. Just curious... who are you referring to because you've tagged a whole load of people? I know Ileana (Ileana D'Cruz) and Niki (Nikita Dutta) aren't married that leaves the rest of us (Ajay Devgn, Kookie Gulati, Sohum Shah) so...PS - will get back to you about Disney+Hotstar's marital status." Superb, Abhishek Bachchan.

The Big Bull, based on the story of market manipulator Harshad Mehta and the 1992 stock market scam, has been directed by Kookie Gulati and produced by Ajay Devgn. The film, which releases on April 8, features Abhishek Bachchan in the lead role and also stars Ileana D'Cruz, Sohum Shah, Nikita Dutta, Ram Kapoor and Mahesh Manjrekar.

The tweet by the troll has now been deleted but check out Abhishek Bachchan's response here:

Ok. Thank you for your opinion. Just curious.. who are you referring to because you've tagged a whole load of people? I know Ileana & Niki aren't married that leaves the rest of us (Ajay, Kookie, Sohum) soooo...
P.S- will get back to you about @DisneyplusHSVIP 's marital status.