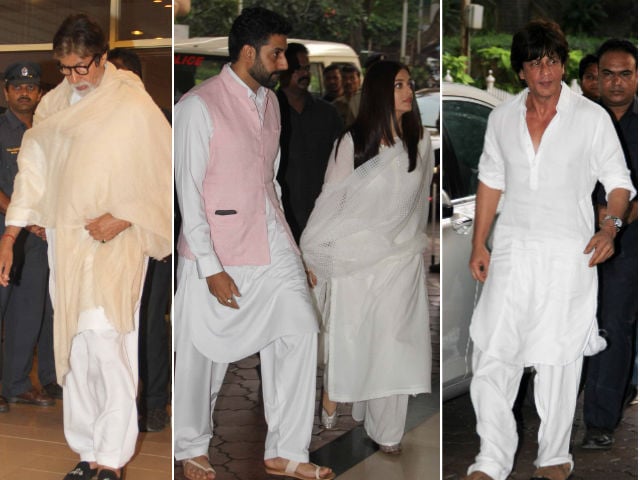 New Delhi: The prayer meet for legendary actor Vinod Khanna was attended by some of Bollywood's biggest stars like Amitabh Bcahchan, Shah Rukh Khan, Aamir Khan, Hrithik Roshan and others. Big B, who co-starred with Vinod Khanna in cult Bollywood films like Reshma Aur Shera, Hera Pheri, Parvarish and Muqaddar Ka Sikander, arrived with his family - daughter Shweta and son Abhishek. Aishwarya Rai Bachchan was also with her husband Abhishek. The 74-year-old actor and Abhishek Bachchan were also one of the first stars to arrive at the funeral of Vinod Khanna. The actor died in Mumbai at the age of 70, after a battle with cancer. 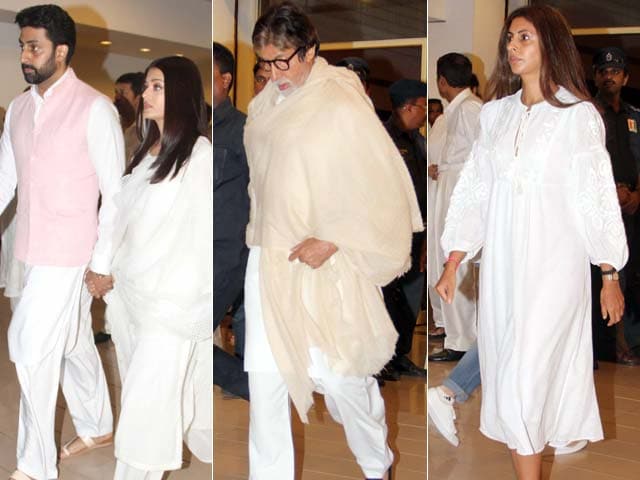 Shah Rukh Khan, who shared screen space with Vinod Khanna in Dilwale, arrived to pay his respects to the late actor's family. Shah Rukh greeted veteran actress Farida Jalal at the venue. Aamir Khan arrived with his filmmaker wife Kiran Rao while Hrithik Roshan walked in alone. Among the other Bollywood celebrities who attended the prayer meet of Vinod Khanna were Sridevi and her filmmaker husband Boney Kapoor. Sridevi and Vinod Khanna were co-stars of 1989 film Chandni. 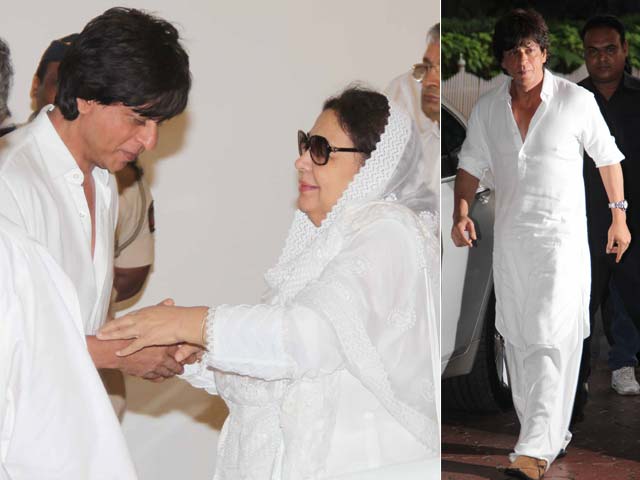 Promoted
Listen to the latest songs, only on JioSaavn.com
Vinod Khanna had also ventured in politics and was the Member of Parliament from Gurdaspur, Punjab when he died. Vinod Khanna is known to be the star of several films of the Seventies and Eighties. Vinod Khanna is best known for films like Achanak and Mere Apne and of course Amar Akbar Anthony.

The prayer meet was held on Wednesday evening at Mumbai's Nehru Centre.