Vikram Vedha will release on September 30 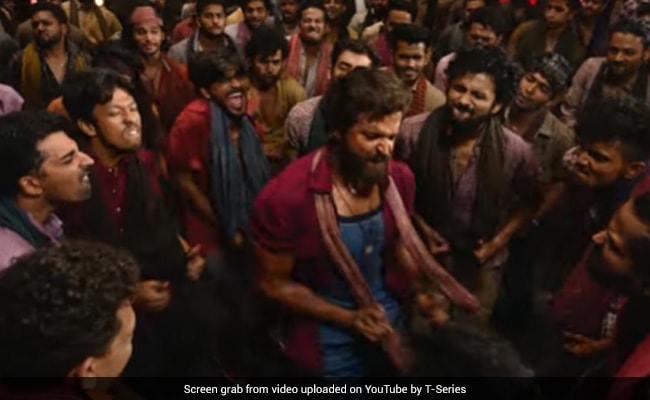 Makers of Hrithik Roshan and Saif Ali Khan's film Vikram Vedha released the song Alcoholia today. The over-two-minute-long video shows Hrithik Roshan and Rohit Saraf dancing at a bar. Hrithik Roshan can be seen sporting a rugged look. Alcoholia sung and composed by Vishal and Sheykhar is written by Manoj Munatashir. The song that has been introduced as "the dancing number of the year" also has Snigdhajit Bhowmik and Ananya Chakraborty as its singers. Hrithik, who can be seen drunk in the song, doesn't compromise his dancing skills.

Alcoholia was launched on Saturday at a grand event in Mumbai, which was attended by Hrithik Roshan, Radhika Apte, Rohit Saraf, and the filmmaker duo Gayathri and Pushkar.

Vikram Vedha, directed by the filmmaker duo - Gayathri and Pushkar - is all set to hit the big screen on September 30. The film stars Hrithik Roshan, Saif Ali Khan, Radhika Apte and Rohit Saraf in the lead roles.

Vikram Vedha is the official Hindi remake of the 2017 Tamil film with the same name and directors. The film features R Madhavan and Vijay Sethupathi in the lead roles.

On the work front, Hrithik Roshan was last seen in the 2019 blockbuster film War, also starring Tiger Shroff. Other than Vikram Vedha, the actor will be seen in Fighter opposite Deepika Padukone.