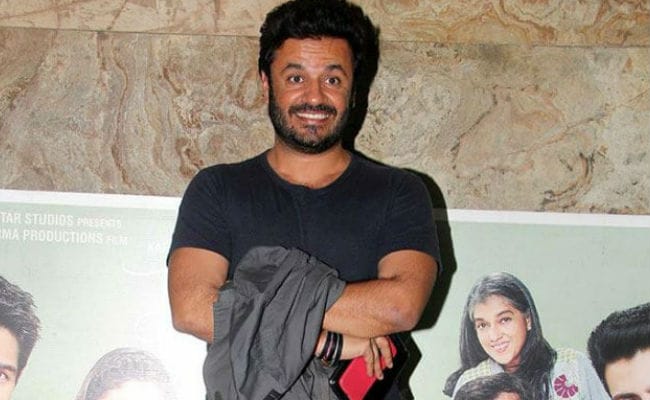 A file photo of Vikas Bahl at a film screening in Mumbai.

Filmmaker Vikas Bahl, accused of sexually harassing a former colleague in 2015, denied all allegations against him stated in the show cause notice sent by the Indian Film & Television Directors' Association or IFTDA, reports news agency PTI. "I deny all the alleged sexual harassment charges levelled against me and as stated in your said notice. These alleged charges are not only false, erroneous, malicious, motivated but have no factual basis. Further, you may also note that till date neither has any criminal complaint been filed against me in respect of the alleged sexual harassment charges nor have I been called upon by any investigation agency for investigation with respect to the same," he said in his response to the aforementioned show cause notice.

"The allegations levelled against me merely anonymous and hearsay. Thus, I am presumed to be innocent till proven guilty," Mr Bahl added.

Last year, Vikas Bahl's former colleague recounted how she was sexually harassed by the Queen filmmaker during a party in Goa in 2015. In September, Phantom Films - co-owned by Vikas Bahl, Anurag Kashyap, Vikramaditya Motwane and Madhu Mantena - dissolved and Mr Kashyap and Mr Motwane issued separate statements corroborating the survivor's account and stating they believe Mr Bahl is guilty of the allegations levelled against him. The woman has now decided to drop the case and not file a complaint against the director.

Apart from that, separate allegations of inappropriate behaviour and sexual misconduct have been made against Vikas Bahl by his Queen star Kangana Ranaut and her co-star Nayani Dixit.

Meanwhile, Mr Bahl sued his former partners Anurag Kashyap and Vikramaditya Motwane for Rs 10 crore for making made "defamatory, slanderous and baseless allegations" against him due to which he has suffered irreversible damage to the reputation, reported PTI.

In his response to IFTDA, Mr Bahl added: "... My partners Mr Anurag Kashyap and Mr Vikramaditya Motwane have published defamatory tweets/articles/statements against me with an intent to settle personal scores, exact vendetta, and due to professional jealously and with the sole intent to defame me, malign my image and destroy my career and hence I request your good office not to rely upon any statement so made by them."

He requested IFTDA since the matter was sub judice no action should be taken against him.

The strong currents of India's #MeToo movement have taken down several prominent members of the film industry including Alok Nath, Rajat Kapoor, Sajid Khan, Subhash Ghai and Nana Patekar. Actress and female artistes (sometimes anonymously) have named and shamed their harassers on social media and in interviews.