"It's nice to know that you've done well for yourself and people have seen the truth within you," said Vidyut Jammwal 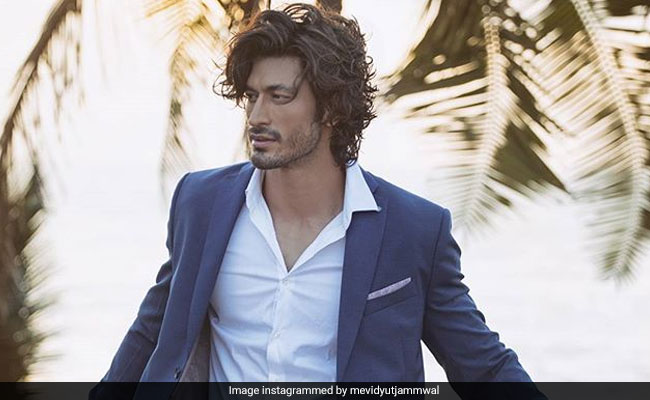 Besides his acting prowess and his martial arts expertise, Bollywood actor Vidyut Jammwal has quite a bit of a reputation for speaking his mind. The Commando actor, who has spoken up and out, in a recent interview with news agency PTI said there is a constant reminder of him being an outsider in the industry all the time. The actor added that nepotism and hierarchy aside, the industry should "applaud" genuine talent. He told PTI: "You are reminded of it (being an outsider) all the time. There's this whole hierarchy, nobody can deny it. But what do we do about it? The only thing I'd like to change is that people should not ignore others. They should applaud everything that they see. It has got nothing to do with nepotism, just be a good human being, recognise what the person has done."

The actor recently featured on a global list of "10 People You Don't Want To Mess With," alongside big personalities like Russian President Vladimir Putin and British adventurer and TV show host Bear Grylls. Vidyut was the only Indian to occupy a spot on the list. Speaking of which, the actor said that he received a lot of love from people, none from the industry though. "They will not acknowledge it, nobody will tweet about it. It's not a sad thing. I'm trained for it. So when one door shuts, 100 others open. That's what I've concluded from my journey here. Nobody can stop you," PTI quoted Vidyut as saying.

Last month, the actor wasn't invited to be a part of a celebrated social media session to announce that seven Bollywood films would be releasing on Disney+Hotstar, despite having a film release on the OTT platform. The seven films included late actor Sushant Singh Rajput's Dil Bechara (which releases tomorrow), Akshay Kumar's Laxmmi Bomb, Ajay Devgn's Bhuj, Alia Bhatt's Sadak 2, Abhishek Bachchan's The Big Bull, Vidyut Jammwal's Khuda Hafiz and Kunal Kemmu's Lootcase. All the actors, other than Vidyut and Kunal Kemmu were present to talk about the film. Talking about the incident, the 39-year-old actor said, "When I read that in the morning, my subconscious mind asked a question - ''How come you haven't been mentioned?' I just put that question on my social media platform and I think I got the answer in the form that people love me. It's nice to know that you've done well for yourself and people have seen the truth within you. You don't need anything else. My question was answered by the country."

Vidyut Jammwal's tweet did not go unnoticed by a section of the Internet which supported him, among them was also his Force co-star Genelia D'Souza, who said that it was "fair to expect an invitation."

Every film is made with a lot of love, a lot of sweat & a lot people giving it their all. Its only fair to want a little respect, its only fair to expect an invitation, its only fair to have at least been intimated.But then, sometimes even life is not fair. keep walking my friend https://t.co/xBZVf1cYHt

A BIG announcement for sure!!
7 films scheduled for release but only 5 are deemed worthy of representation. 2 films, receive no invitation or intimation. It's a long road ahead. THE CYCLE CONTINUES https://t.co/rWfHBy2d77

Vidyut, who has been a part of several high-octane action films added, "I didn't learn martial arts just to look good on screen as an actor. I have been trained in a ring, so I'm used to being slapped, punched and kicked. I'm used to taking it very well. If I fall, I do stand up. That's my philosophy. So it didn't matter of the movies didn't do Rs 200 crore or what people thought. I've been sustaining here for ten years with great happiness."

Vidyut Jammwal awaits the release of Tigmanshu Dhulia's crime-drama Yaara, also starring Amit Sadh, Shruti Haasan, Vijay Varma and Sanjay Mishra. After 4 years, the film is slated to release on ZEE5 on July 30. "I've started believing in the saying Apna time aagaya. So the film's time has also come. Once you've done your best, you know whenever it comes out, it'll be good," said the actor.

All Hearts For Sunny And Bobby Deol's Throwback Pic