The film, which stars Vidya Balan alongside child artiste Sanika Patel, marked her debut as a producer 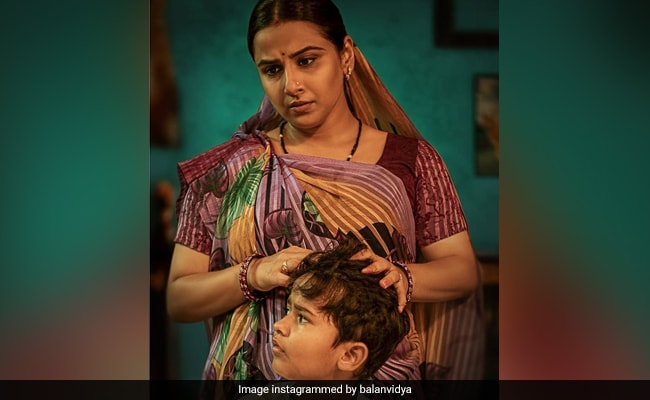 Actress Vidya Balan's short film Natkhat has entered the race for Oscars 2021 in the Best Short Film category. The film, which stars Vidya Balan alongside child artiste Sanika Patel, marked her debut as a producer. Natkhat is directed by Shaan Vyas, known for producing films like Masaan and Zubaan, and co-produced by Ronnie Screwvala. Sharing the news about the film's selection in the Oscars race, Vidya Balan wrote: "So so so thrilled that our film #NATKHAT is in the race for the #OSCARS2021 after a 2020 filled with prestigious international film festivals." In a separate post, she shared a snippet from the short film, which shows a mother (Vidya) teaching her son (Sanika Patel) lessons about patriarchy and the value of gender quality through bedtime stories.

And here's a glimpse of Natkhat:

The 93rd Academy Awards, which was about to take place on February 28, has been postponed to April 25 due to COVID-19 pandemic.

Natkhat went on floors in July, 2019. Vidya Balan, at that time, announced her new project by sharing a picture of the clapperboard of the film with this caption: "I'm happy and excited to share that a few days ago, I did my first short film as an actor... The film is called Natkhat and has me in a new role...that of producer.... I never had plans to turn producer but the story written by Annukampa Harsh and Shaan Vyas propelled me in that direction...Can't wait to share it with my world and hoping that it speaks to you like it did to me."