With many studio blockbusters and indie arthouse movies forced to push back their release dates until theaters reopen, the cut-off date for Oscar-eligible films has also been extended from December 31, 2020 to February 28, 2021. 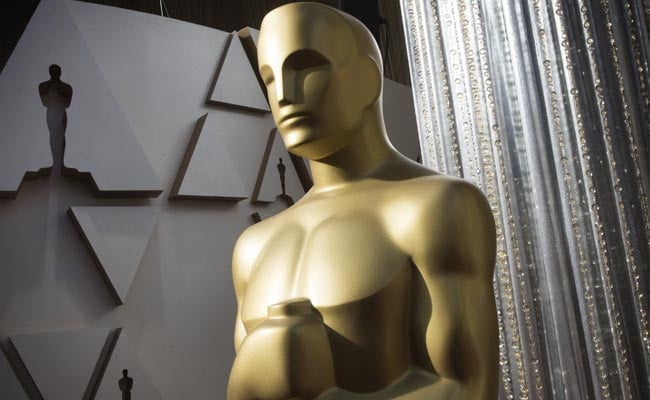 The Oscars was originally scheduled for February 28, 2021.

The 93rd Oscars have been postponed by eight weeks to April 25 after the coronavirus pandemic shuttered movie theaters and desolate on Hollywood's release calendar, the Academy said Monday.

With many studio blockbusters and indie arthouse movies forced to push back their release dates until theaters reopen, the cut-off date for Oscar-eligible films has also been extended from December 31, 2020 to February 28, 2021.

"Our hope, in extending the eligibility period and our Awards date, is to provide the flexibility filmmakers need to finish and release their films without being penalized for something beyond anyone's control," said Academy president David Rubin and CEO Dawn Hudson in a statement.

The movie industry's biggest night was originally scheduled for February 28, 2021.

No decision has yet been taken on whether it will remain a live, star-studded ceremony, or shift to a "virtual" presentation.

Most US movie theaters remain closed, with fears of a second wave of COVID-19 cases growing.

The Academy -- seen as the top body of the Hollywood film industry -- had already eased some eligibility rules in April, allowing movies that skip the big screen and appear on streaming platforms to contend for Oscars this year.

Monday's move was prompted by concerns that a field consisting only of films released in 2020 would not be as broad or competitive as in previous years.

The Academy Awards have been postponed before -- after Los Angeles flooded in 1938, Martin Luther King Jr's assassination in 1968 and the shooting of President Ronald Reagan in 1981 -- but never by more than a week.

The Academy's long-delayed Museum of Motion Pictures, previously scheduled to open in Los Angeles this December, will now open on April 30, 2021.

"For over a century, movies have played an important role in comforting, inspiring, and entertaining us during the darkest of times. They certainly have this year," said Monday's statement.

It added: "This coming Oscars and the opening of our new museum will mark an historic moment, gathering movie fans around the world to unite through cinema."

Other film award shows are widely expected to announce similar delays in the wake of the Academy's move.

The Television Academy said Monday its Creative Arts Emmys -- dozens of technical awards, usually handed out the weekend before the main Emmys -- will be replaced with a "virtual event."