Vidya Balan Says, 'Don't Think There Is Need to Resurrect My Career' 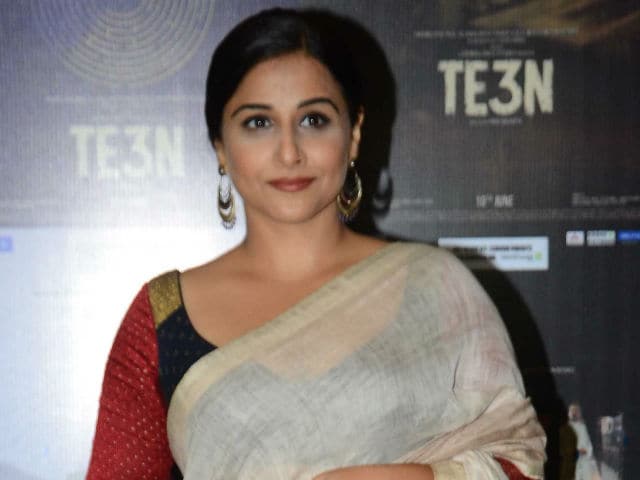 Vidya Balan photographed at an event in Mumbai.

Mumbai: She was at the top of her game a few years back with films like The Dirty Picture, Kahaani and then came a phase where her films did not do well, but actress Vidya Balan said that she doesn't feel the need to resurrect her career.

Vidya brought back the wave of women-centric films in the Hindi film industry. But her later films like Ghanchakkar, Bobby Jasoos and Humari Adhuri Kahani failed to create box office magic.

The actress is all charged up now as her film Te3n released on Friday. Later this year, her much-awaited film Kahaani 2 is slated for release.

"With every film you have hopes. I see hits and flops as part of career. It is not possible to have only hit or flop films. I don't think there is a need to resurrect my career in any way," Vidya told PTI.v "But I am hoping it (Kahaani 2) does well. I am doing work and I am happy about it. I don't get worried about the fate of a film anymore," she said.

The National Award-winning actress said that change is constant, as one can't be there up in the game always. "Two years back I was supposedly at the top of my game and then few films did not work. But these things are cyclical. When you look at the career of Mr Amitabh Bachchan, he has had so many ups and downs in his career but Mr Bachchan is Mr Bachchan," she said.

The Paa actress gets disheartened with failure, but she believes in focusing on doing good work.

"The only answer to all that (hit and flop) is just to keep working. I am a human being. I do feel bad and low about it (failure). But then you pull yourself out of it because tomorrow is another day and you have to do something else," she added.

Vidya will be seen as a cop in director Ribhu Dasgupta's Te3n, which also stars Amitabh Bachchan and Nawazuddin Siddiqui.

"In case of Te3n, everyone knows I am not there in the film throughout. I have not promoted the film, I am just doing interviews. I think today this much is required. If the producer feels if someone (actor) talks about a film and if it can bring audience to theatres, then why not do it. I would like to do it," she said.

For her role of a cop, the 38-year-old actress had initially expressed her desire to wear the police uniform. But the makers made her understand that it was not required.

"We all have seen policemen in life. We have enough references of cops both from real and reel life. I did not do any special research. I learnt to drive those old police jeeps. Sujoy Ghosh (film's producer) was my trainer, he helped me," Vidya said.