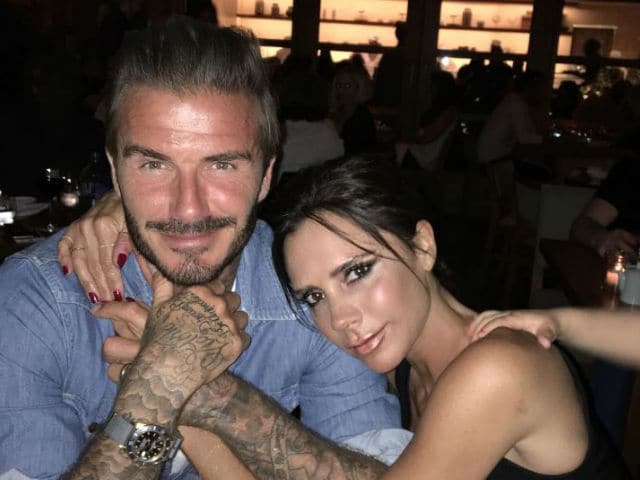 This image was posted on Instagram by Victoria Beckham

New Delhi: Amidst rumors of trouble in paradise, Victoria and David Beckham seem to have found the perfect way to shut up rumor mongers - by having a baby.

Imagine my shock as I browsed through the racks of WH Smith at Sydney Airport to find several glossies screaming 'Posh and Becks all set to be parents... Having twins through surrogacy.' So I decided to pour over the magazines trying to gather as much news as I could.

There is little information online, but rumor has it that Victoria is keen to have the fifth baby since her close friend Tana Ramsey is expecting her fifth and Posh Spice seems to have been toying with the idea too.

Meanwhile, the 42-year-old fashion designer turned down being part of the Spice Girls tour and she has reportedly been looking at her diet. Grapevine is also abuzz the couple have found a surrogate mother and are expecting twins.

So with no confirmation from the couple yet, let's keep an eye on this space.

Victoria and David, 41, have three boys and a daughter. With the boys having shown no interest in following their illustrious father's footsteps, maybe Baby No #5 may just be the answer to Bend It Like Beckham.