Vicky Kaushal's Experience of Working With Nawazuddin in Raman Raghav 2.0 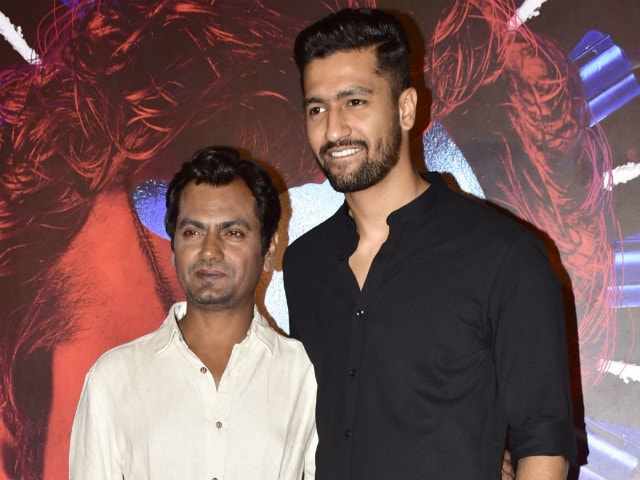 New Delhi: Actor Vicky Kaushal said that he is inspired by the journey of his <>Raman Raghav 2.0 co-star Nawazuddin Siddiqui.

Filmmaker Anurag Kashyap's Raman Raghav 2.0 narrates story of the serial killer who went on murder spree in Mumbai in the 1960s. It features Nawazuddin as the notorious serial-killer alongside Vicky, who plays a cop.

"I look up to Nawaz and admire his work. He is a beautiful human being, very down to earth and humble. It was a beautiful experience to work with him apart from learning craft from him," Vicky told IANS over phone from Mumbai.

"Just watching him perform, seeing him talk about his journey from Delhi and his struggle, was just so inspiring. Knowing that he is stuck to his ground so well, believed in his craft and was not bothered about the race is inspiring," he added.

Nawazuddin's powerful avant-garde roles in offbeat Indian films have set him apart from the rest of the superstars of Bollywood. He earned appreciation for his roles in films like Gangs Of Wasseypur, Kahaani, Kick, The Lunchbox, Talaash and Badlapur.

Raman Raghav 2.0 is yet to release in India, but is already making the right noise on foreign shores. It was applauded at the 69th Cannes Film Festival and the film is slated to release on June 24 release.

Vicky said that in order to prepare for his character, he went into isolation mode for some days.

He said: "My character is very different from who I am from the way he thinks, the way he behaves, his family background, and his circumstances.

"To understand my character, I kind of went through this exercise of locking myself up and living in isolation. I wanted to experience isolation to know how it would be to not talk to people for a couple of days. I gave the audition on the fifth day and I got the part," he said.