Vicky Kaushal, Who Was Hit By A Pan, Kept Filming This Manmarziyaan Scene 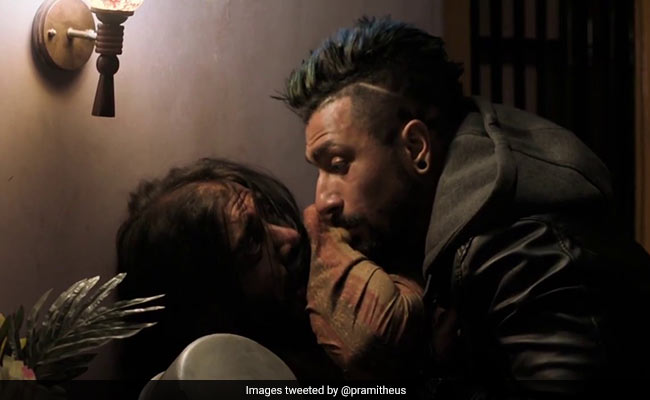 Vicky Kaushal in a still from Manmarziyaan. (courtesy: vickykaushal09)

Did you know that Vicky Kaushal got injured while filming a scene of the 2018 film Manmarziyaan? Yes, you read that right. However, the actor kept filming the shot. Recently, a Twitter user asked Vicky if he actually got hit by a saucepan during a scene and continued to shoot without stopping. Responding to the fan on Twitter Vicky Kaushal wrote: "I didn't realise it while doing the scene, but glad that Anurag Kashyap (the film's director) didn't say cut." The Twitter user compared Vicky to Leonardo Dicaprio, who continued to film despite being injured on the sets of Quentin Tarantino's 2012 film Django Unchained and wrote: "Did Vicky Kaushal cut his cheek with the saucepan while shooting this scene because it does bounce off and hit exactly where he's bleeding? If yes, then this is some Leonardo-Dicaprio-cutting-his-hand-in-Django-Unchained-and-not-breaking-character-levels-of-acting."

I didn't realise it while doing the scene, but glad that @anuragkashyap72 didn't say "cut". :) https://t.co/JRMYBf6gYl

Vicky Kaushal was last seen in the horror film Bhoot Part One: The Haunted Ship. Last year, he starred in Aditya Dhar's Uri: The Surgical Strike, for which he won the National Film Award for Best Actor. The actor's upcoming projects include Karan Johar's period drama Takht, Sardar Udham Singh and Field Marshal Sam Manekshaw's biopic. The actor has also signed another film with Uri director Aditya Dhar, in which he will reportedly be seen playing the role of the Mahabharata character Ashwatthama.