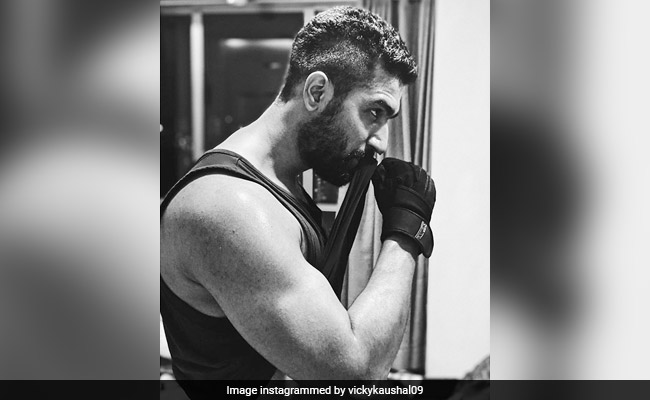 Vicky Kaushal, who was last seen in Bhoot Part One: The Haunted Ship, shared a hilarious video on Instagram showing his fans his current response to "hand shakes and high fives" amid the coronavirus outbreak. The actor picked a page from his boxing diaries and shared a clip of himself, in which he can be seen showing off his defensive moves against his trainer. Making a reference to the social distancing norms practiced to stay safe from COVID-19, which is highly contagious, the actor wrote this in his post, "My response to hand shakes and high fives." LOL. Check out Vicky Kaushal's ROFL post here:

My response to handshakes and high fives.

Vicky Kaushal's post left his friends and colleagues in splits. Ishaan Khatter, Siddhanth Kapoor and Huma Qureshi were among those who reacted to the actor's post with laughing emoticons.

Vicky Kaushal made his debut in Bollywood with the 2015 film Masaan. Since then, he has featured in several hits such as Raazi, Lust Stories, Sanju and Manmarziyaan. In 2019, he starred in the Aditya Dhar's Uri: The Surgical Strike, for which he even won the National Film Award for the Best Actor. Vicky Kaushal's upcoming films include Karan Johar's period drama Takht, Sardar Udham Singh and Field Marshal Sam Manekshaw's biopic. He will star alongside Raazi co-star Alia Bhatt, Kareena Kapoor, Bhoot Part One: The Haunted Ship co-star Bhumi Pednekar, Anil Kapoor and Ranveer Singh in the Karan Johar-directed film.