Vicky Kaushal Is All Hearts For This Throwback Pic Of Katrina Kaif. So Is The Internet

"Doing oversized even back then," wrote Katrina Kaif 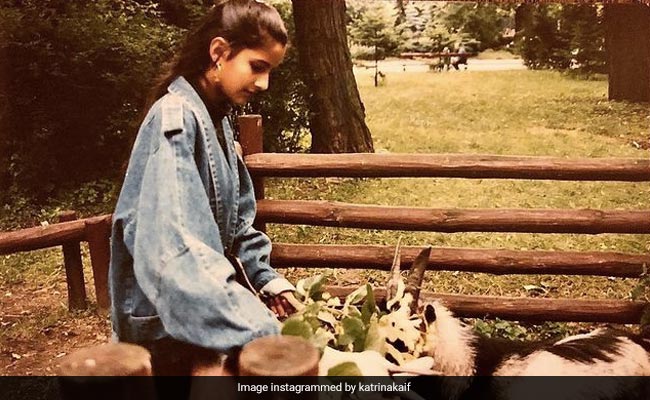 Katrina Kaif, why so cute? The actress shared an adorable photograph from her childhood days on her Instagram profile on Friday and we love it. Guess who else loves it? The actress' husband and actor Vicky Kaushal. He dropped a red heart emoji in the comments section. Sharing the memory on her Instagram profile, Katrina Kaif wrote: "Doing oversized even back then." In the comments section, Shweta Bachchan Nanda wrote: "Adorable." Karisma Kapoor added, "Love it." The post is flooded with heart emojis from Katrina's Instafam. 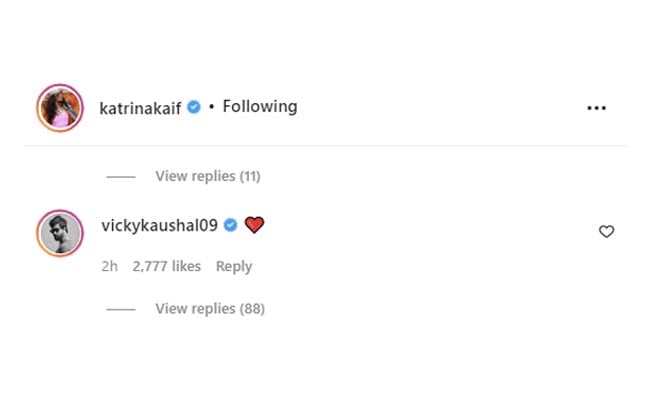 Katrina Kaif married Vicky Kaushal in Rajasthan last year. The star couple frequently share love-up pictures together and we love it when the happens. See some of the posts here:

Katrina Kaif and Vicky Kaushal made their wedding announcement by sharing these stunning pictures on Instagram and they wrote in their caption: "Only love and gratitude in our hearts for everything that brought us to this moment. Seeking all your love and blessings as we begin this new journey together."

In terms of work, Katrina Kaif was last seen in Rohit Shetty's cop drama Sooryavanshi, alongside Akshay Kumar. She will also star in Phone Bhoot with Siddhant Chaturvedi and Ishaan Khatter. The actress will also feature in Jee Le Zaraa with Priyanka Chopra and Alia Bhatt. The film will be directed by Farhan Akhtar and it will be written by Zoya Akhtar and Reema Kagti.

Vicky Kaushal, who was last seen in the critically acclaimed Sardar Udham Singh. His next project is Field Marshal Sam Manekshaw's biopic. The actor has also signed another film with Uri director Aditya Dhar, in which he will also be seen playing the role of the Mahabharata character Ashwatthama.