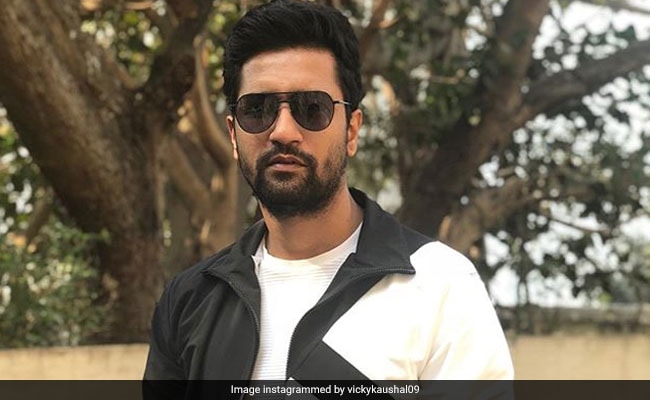 Actor Vicky Kaushal, who is currently filming director Bhanu Pratap Singh's untitled horror film, was injured while shooting for an action sequence, tweeted trade analyst Taran Adarsh. The Uri: The Surgical Strike star fractured his cheekbone and required 13 stitches, he added. "Vicky Kaushal gets injured while filming an action sequence... Vicky fractured his cheekbone and got 13 stitches on his cheek," Taran Adarsh tweeted on Saturday. Vicky Kaushal was filming in Gujarat for the last five day and the accident reportedly happened on the last but one day of the shoot. A source close to the project told Pune Mirror: "Unfortunately, the door fell on him. He was rushed to the local hospital by the crew and flown to Mumbai on Friday morning."

Vicky Kaushal gets injured while filming an action sequence... Shooting for director Bhanu Pratap Singh's horror film in #Gujarat... Vicky fractured his cheekbone and got 13 stitches on his cheek.

Vicky Kaushal hasn't posted about the incident on any of his social media platforms.

Vicky Kaushal debuted with critically-acclaimed Masaan and he followed it up with films such as Raman Raghav 2.0, Love Per Square Foot, Raazi, Sanju and Manmarziyaan. Uri: The Surgical Strike, which released in January 2019, has been his top earning film with over Rs 200 crore collection, till date.