Veteran Actress Tanuja, 75, 'Fine' After Surgery, Will Be In Hospital For A Week

Tanuja was admitted to the hospital for abdominal pain on Tuesday 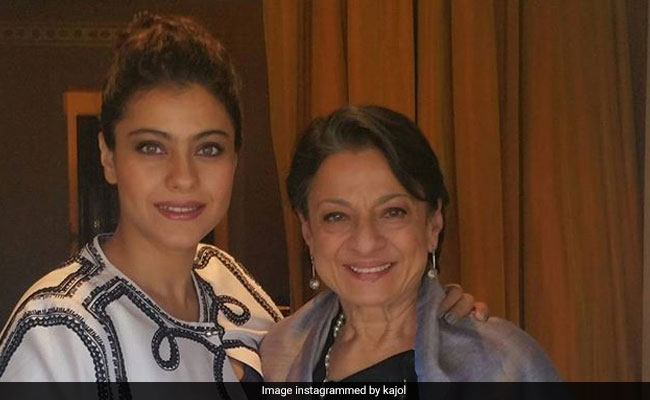 Veteran actress Tanuja, 75, who was admitted to Mumbai's Lilavati Hospital after complaining of abdominal pain, underwent surgery for a condition called diverticulitis, news agency IANS reported on Thursday. An official from the hospital told IANS that following her surgery, the actress' condition is steady and that she's fine post surgery. However, Tanuja is expected to remain under medical supervision at the Lilavati Hospital for a week now. Tanuja was hospitalised on Tuesday evening and her actress daughter Kajol was spotted in and out of the premises all evening. Ahead of that, Kajol was spotted meeting visitors at the Devgn residence, who attended the last rites of her father-in-law - Ajay Devgn's late father Veeru Devgan.

Earlier, very few details of Tanuja's medical condition was available with just a hospital official telling IANS that Tanuja was admitted "with some pain in abdomen". Later on Wednesday evening, hospital officials revealed she's been diagnosed with diverticulitis and is expected to undergo operation.

The 75-year-old actress is best known for her work in Bollywood and also for her role in several Bengali films. She was married to celebrated filmmaker Shomu Mukherjee and they have two daughters Kajol and Tanishaa, also an actress.

Bengali film Shonar Pahar remains her last film, in which she co-starred with Jisshu Sengupta and Parambrata Chatterjee.