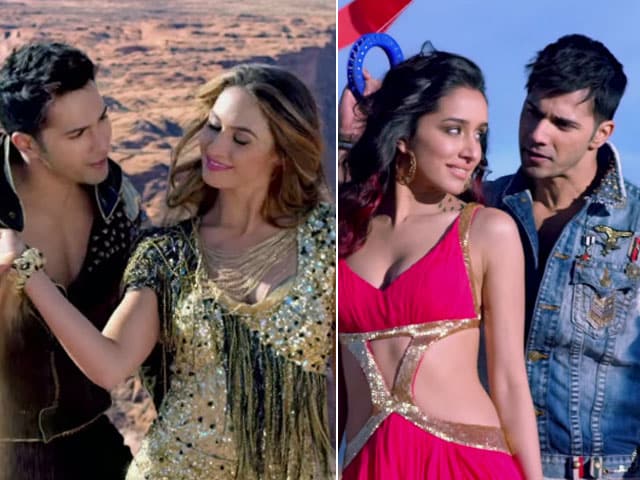 Stills from the song If You Hold My Hand

New Delhi: Actor Varun Dhawan has two women to romance and two sets of hands to hold in a new song from upcoming film Any Body Can Dance 2. If You Hold My Hand has just been released by the makers of the Remo D'Souza-directed film and features Varun romancing co-stars Shraddha Kapoor and Lauren Gottlieb on the rocky outcrops of the Grand Canyon.

Lauren, who plays the role of Olive in the movie, shimmies with Varun while Shraddha, in pop pink and boots, strikes romantic poses with him.

The song composed by Sachin-Jigar, has been sung by Badtameez Dil singer Benny Dayal.

Much of the action in ABCD 2 is set in Las Vegas, some 300 miles from the Grand Canyon, where Varun and Shraddha's troupe enter a dance competition.

ABCD 2, which also stars Prabhu Deva, is slated to hit screens on June 19.