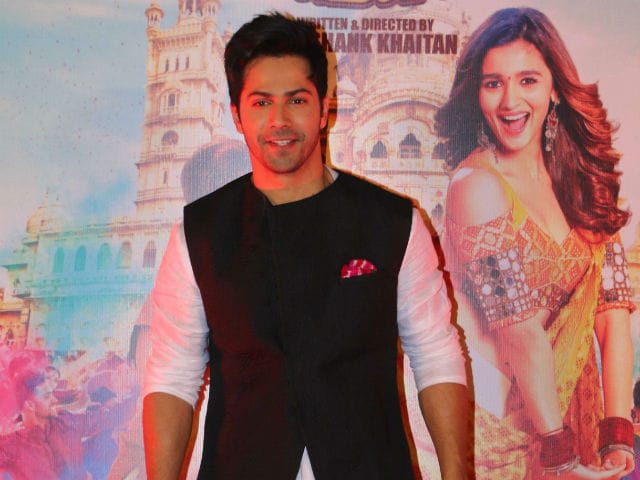 New Delhi: Actor Varun Dhawan who is prepping for the release of Badrinath Ki Dulhania, also starring Alia Bhatt, said that the film is close to his heart, reported news agency IANS. "Badrinath Ki Dulhania is going to be my first release of this year, so this one is really close to my heart," said the 29-year-old actor to IANS. Varun will be seen as Badri, a 'suitable match' for Alia, who will play Vaidehi. The trailer of Badrinath Ki Dulhania received great response. The remixed version of Tamma Tamma Loge has topped the chartbusters and is a massive hit. Varun told IANS that he is "happy" with the response he's getting for the film.


The Shashank Khaitan-directed film releases on March 10. This is the third time Alia and Varun have been co-starred in a film. Varun told IANS, "We have really worked hard on the film. Let's hope the audience will enjoy the festive season with my film."


Alia Bhatt and Varun Dhawan made their acting debut in 2012 with Karan Johar's Student Of The Year also starring Sidharth Malhotra, who earlier told IANS Badrinath Ki Dulhania seems to be "good and amazing."

Promoted
Listen to the latest songs, only on JioSaavn.com
Badrinath Ki Dulhania is a sequel to Alia and Varun's 2014 film Humpty Sharma Ki Dulhania"