Varun Dhawan On Getting Married In 2018: "Would Love To But Not On The Agenda"

Varun Dhawan recently moved out of his parents' place into his own house and wants to "enjoy this part of life for a couple of years before (he) thinks of the next step." 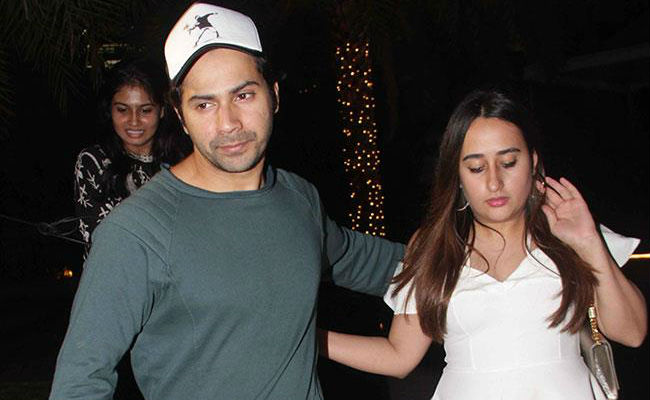 New Delhi: Actor Varun Dhawan, who is reportedly dating designer Natasha Dalal, wants to get married but it is not on his agenda in 2018. Of getting married this year, Varun told Bombay Times: "Honestly, I would love to do that, but I don't know how my parents would react to it. Being Punjabis, they would want to do it the traditional way. The next step is something every individual wants to take at some point, but right now, it's not on the agenda." Varun Dhawan, who recently moved out of his parents' home into his own apartment, added: "I have just moved into my new house, and I want to enjoy this part of life for a couple of years before I think of the next step."

Promoted
Listen to the latest songs, only on JioSaavn.com
Varun Dhawan and Natasha Dalal have been spotted together at several outings and she also attended the screening of Varun's last release Judwaa 2. In 2017, Varun featured in two box office hits - Badrinath ki Dulhania and Judwaa 2. The latter was made by his father David Dhawan while the former was produced by his mentor Karan Johar. Both films performed well at the box office. As of now, Varun Dhawan is busy filming October, which is directed by Shoojit Sircar. Once Anushka Sharma is back from South Africa, the actor's attention will be diverted to Yash Raj Films' Sui Dhaaga.

It was also reported that Varun will be seen in the remake of Salman Khan's Biwi No 1 but the 30-year-old actor told Bombay Times: "It sounds good, but it's just a rumour."
Comments
varun dhawanvarun dhawan marriagevarun dhawan natasha dalal