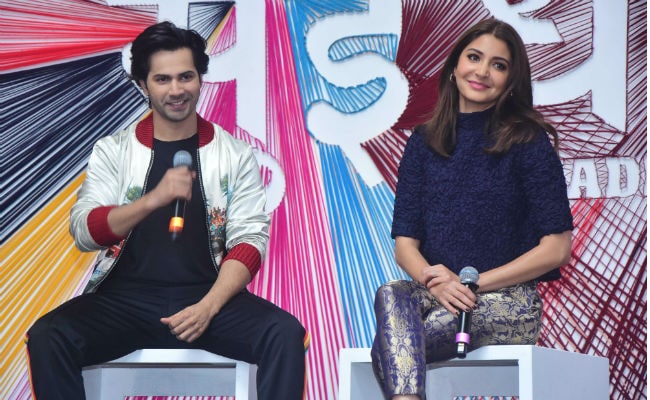 Varun Dhawan, who unveiled the trailer of his upcoming film Sui Dhaaga on Monday, said that the film is "very special" for him and Anushka Sharma, news agency PTI reported. "This film is very special for me and Anushka. I don't think I can describe the feeling in words. It's a sense of pride and a sense of what you feel to be an Indian. What it feels to be an Indian, we are never able to tell that to people. Patriotism doesn't always need to be said, it needs to be felt," PTI quoted Varun Dhawan as saying. Varun plays the role of a tailor in the film while Anushka Sharma portrays the character of his wife, an embroidery expert.

Sui Dhaaga went on floors earlier this year and has been extensively shot in Chanderi, Mumbai and Delhi. Speaking about his shooting experience in a small town of Uttar Pradesh, Varun Dhawan said: "I felt so proud when we shot in Chanderi and other places. To be in those villages and see how people there live was amazing. It made me feel what a beautiful country India is."

The trailer of Sui Dhaaga received immense appreciation on release. In less than 24 hours, the trailer has over 10 million views. The trailer depicts the inspiring story of Mauji and his wife Mamta (the name of Varun and Anushka's characters). Sui Dhaaga is about the couple's fight for respect and their struggle of being self-employed from unemployed.

Watch the trailer of Sui Dhaaga - Made In India here.

Sui Dhaaga has been directed by Sharat Katariya and is set to release on September 28.