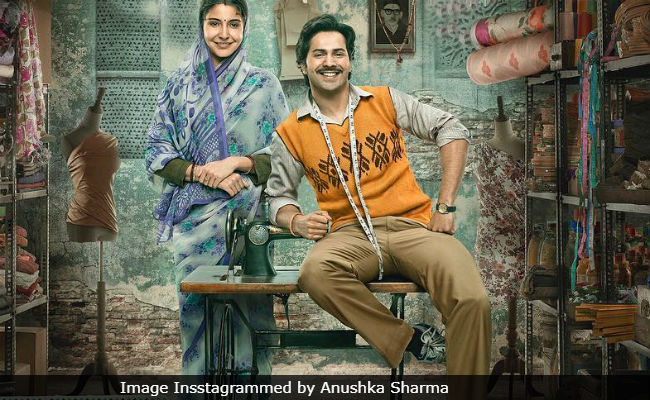 Anushka Sharma and Varun Dhawan unveiled the first poster of their upcoming film Sui Dhaaga in Mamta and Mauji (the name of their characters ) style. They shared the poster on their respective social media accounts on Friday. Along with the poster, they also revealed that the trailer will be out on August 13. Film's leading lady, Anushka Sharma, who will be seen playing the role of an embroiderer in the film, can be seen dressed in a printed saree in the poster. Anushka captioned the post: "Dhaage Dhaage pe likha hai silne wale ka naam, aaiye ab humari kahaani sunney."Varun Dhawan, who will be seen playing the role of a tailor in the film, wrote: "Mamta aur Mauji badey mauj se pesh karte hain Sui Dhaaga ka pehla poster, ab trailer k liye zyada waqt nahi bacha. "

Last month, Anushka and Varun shared a picture from the sets of the film, which went crazy viral. This is the picture we are talking about:

Varun Dhawan and Anushka Sharma were frequently spotted on the trends list after several pictures from the sets of Sui Dhaaga surfaced on social media. Remember the pictures of Varun riding a bicycle and Anushka on the pillion?

Sui Dhaagais set against the backdrop of Chanderi, a small-town in Madhya Pradesh. The film touches upon the theme of Made In India. The film has extensively been shot in Delhi, Mumbai and Chanderi.

Sui Dhaaga is directed by Sharat Kataria and it has been produced by Yash Raj Films. The film will hit the screens on September 28.