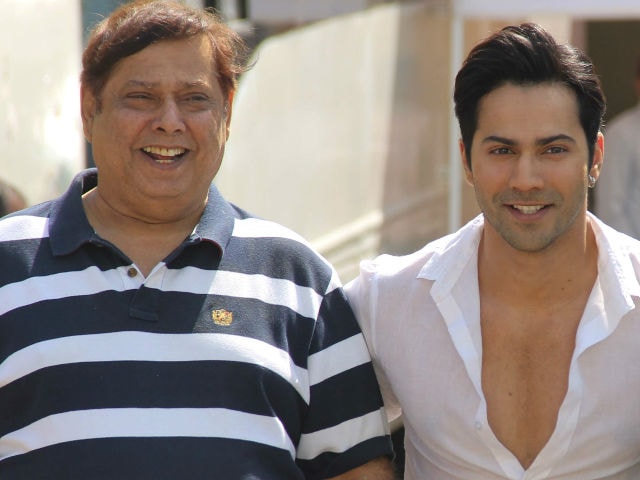 Varun Dhawan said he doesn't know anything about Govinda's remarks.

New Delhi: Actor Varun Dhawan, who is currently promoting his film Badrinath Ki Dulhania, opted to avoid answering questions on actor Govinda's allegations and comments about his director father David Dhawan. At a recent press conference, when Varun was asked to comment on Govinda's recent remarks about his father, the 29-year-old actor told journalists: "I have not heard it," reports news agency PTI. When a reporter offered to tell Varun, what Govinda said about David Dhawan, the actor avoided and replied: "I can't hear anything," PTI reported. Varun Dhawan and Alia Bhatt star in the sequel of 2014 film humpty Sharma Ki Dulhania which will release on March 10.

Govinda, who is all set to return to the big screen after 2015 film Happy Ending, recently told reporters that David Dhawan took his film concept (Chashme Baddoor) and made the film with Rishi Kapoor. The Hero No 1 actor also said that after working in 17 films together, David Dhawan repeatedly ignore his request to make an 18th film together. "I kept requesting him to take at least one shot with me so that it could be my 18th film with him. But I don't know what he had in his mind," Govinda told PTI. Govinda and David Dhawan have made films like Coolie No. 1, Bade Miyan Chote Miyan and Haseena Maan Jaayegi.

Talking about Varun's comparison to Govinda, the latter told news agency IANS: "How can he be like me? To become Govinda, he needs to be innocent, uneducated and a poor village boy. Varun is already a son of a director. In the last six years, he hasn't done more than two films with his father, whereas I did 17 films with his father."

Govinda also has some allegations against Varun' mentor Karan Johar, who is also the producer of his next Badrinath Ki Dulhania. The actor told Pinkvilla that KJo is a 'jealous' man and only pretends to be 'humble.' Badrinath Ki Dulhania will release a week after Govinda's film Aa Gaya Hero. here too Govinda said that Karan planned the release in such a way. "It's a well-planned and smart move by Karan that he's releasing his film a week after mine. Mujhe woh kabhi seedha nahi lagta hai," he said.

"I Hope He Is Proud Of Me": Ranbir Wishes His Dad Rishi Kapoor Was Alive To Watch Shamshera