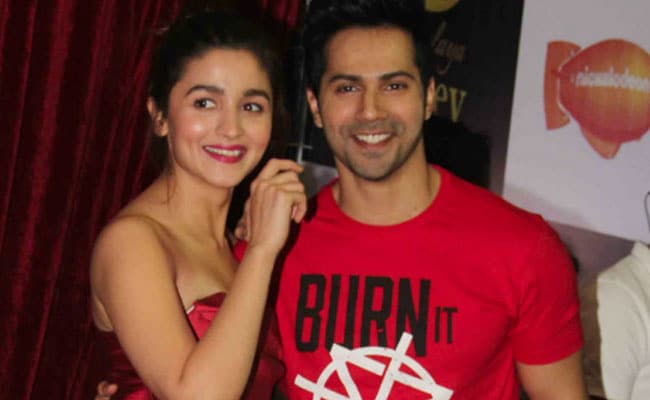 Varun Dhawan made his Bollywood debut with Alia Bhatt and Sidharth Malhotra in Karan Johar's Student Of The Year but the 31-year-old actor said that he has known her since she was very young. "We're pretty much the same. As you do more films, the love and respect grows for each other. During Kalank I told Alia, 'You have become old'. I've seen her since she was so small yaar. Even she says that I've aged and my beard is growing faster," Filmfare quoted the actor as saying.

After Student Of The Year, Varun and Alia have featured together in films like Humpty Sharma Ki Dulhaniya and Badrinath Ki Dulhaniya. As mentioned earlier, they are currently working on Kalank, which also stars Sanjay Dutt, Madhuri Dixit, Sonakshi Sinha and Aditya Roy Kapur.

Meanwhile, Alia Bhatt is rumoured to be dating actor Ranbir Kapoor. The duo featured in headlines after they arrived together at Sonam Kapoor and Anand Ahuja's reception in May. Alia Bhatt has been spotted hanging out with Ranbir Kapoor and family memebers several times. Alia, Neetu Kapoor and Riddhima Kapoor Sahni follow each other very closely on social media and frequently comment on each other's post.

Ranbir and Alia are currently shooting for their film Brahmastra, which is being directed by Ayan Mukerji. The film also stars Mouni Roy, Amitabh Bachchan, Nagarjuna and Dimple Kapadia.