Vanessa Hudgens Is Sorry For "Insensitive" Insta Live On Coronavirus

"I'm so sorry for the way I have offended anyone and everyone who has seen the clip from my Instagram live yesterday," wrote Vanessa Hudgens 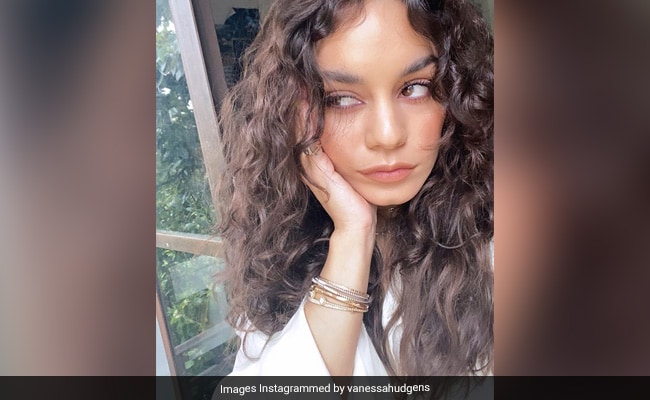 Actress Vanessa Hudgens tweeted an apology after being called out by the Internet for her tone deaf comments on the Coronavirus pandemic. The 31-year-old actress wrote that she realised her "words were insensitive" and that the experience had been a "huge wake-up call." Vanessa Hudgens has been posting on social media about being "bored" having to stay home because of the outbreak. On Monday, she went live on Instagram complaining about the virus; at one point, she said, "Yeah, people are gonna die. which is terrible. But like, inevitable?" She also said, "How long is this s**t going to last? I don't know. I predict a month. Someone today said six weeks. But I feel like after that it'll be fine."

After being savaged for her comments, Vanessa Hudgens wrote in a contrite tweet: "Hey guys, I'm so sorry for the way I have offended anyone and everyone who has seen the clip from my Instagram live yesterday. I realise my words were insensitive and not at all appropriate for the situation our country and the world are right now. This has been a huge wake-up call about the significance my words have, now more than ever. I'm sending safe wishes to everyone to stay safe and healthy during this crazy time."

Meantime, the Internet has found its favourite reaction to Vanessa's original video - a screenshot of a comment left by actor Logan Lerman calling Vanessa a "schmuck" has gone viral.

Logan Lerman calling out Vanessa Hudgens from the tower of her privilege is my non-sexual turn on https://t.co/WYA3L7FzCA

okay but can we appreciate logan lerman rightfully calling vanessa hudgens a schmuck for a sec? pic.twitter.com/HogsLXaLSr

logan lerman never leaves his house but he HAD to log on to give vanessa hudgens the business. that's king shit.

Famous people that have passed away from the #Coronavirus

Vanessa Hudgens' career will be dead after posting this. It's like inevitable. pic.twitter.com/qYX2DMFjJ2

Seriously. Was #VanessaHudgens high when she made such a video? Who the hell she thinks she is to say that it's ok if people die? pic.twitter.com/o9xTunwsmA

Ahead of her tweet, Vanessa Hudgens addressed the backlash she received with another Instagram live session, in which she excused herself by saying, "I realized today that some of my comments are being taken out of context. It's a crazy time. It's a crazy, crazy time." Then she talked about being in self quarantine at home: "And I am at home and in lockdown, and that's what I hope that's what you guys are doing too, in full quarantine! And staying safe and sane. Yeah, I don't take this situation lightly by any means. I am home. So stay inside, you all."

This is how Vanessa has been spending her lockdown period:

Lock down. Playing with makeup. Lol as always

Vanessa Hudgens is best known for starring in the High School Musical series, Sucker Punch and Grease: Live. More recently, she's starred in Netflix films such as The Princess Switch and The Knight Before Christmas.