Minutes after Vaani posted her new photo, a user commented about her leaner physique and wrote: "Suffering from malnutrition are you?" 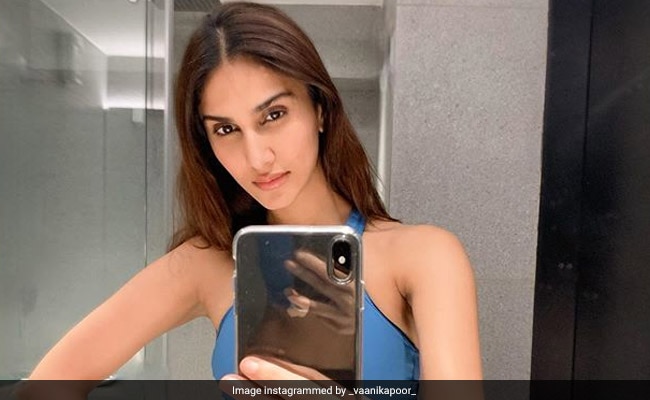 War actress Vaani Kapoor sure knows how to deal with trolls and we got an example of the same on Monday morning. The actress shut down a troll, who attempted to make fun of her physique by commenting on her latest post on Instagram. Vaani shared a new photograph of herself, in which she can be seen wearing gym outfit (a blue crop top and black trousers) and taking a selfie in front of a mirror. She captioned the post: "Back to the grind." Minutes after Vaani Kapoor posted her photo, one of the users commented about her leaner physique and wrote: "Suffering from malnutrition are you?" The actress was, however, quick to spot the user and responded to the troll like a boss: "Why don't you find something productive to do in life? Please stop being harsh on yourself, life is so much better... Stop reflecting hate."

Other users also couldn't resist joining the conversation and applauded Vaani Kapoor's gutsy reply to the troll. One user wrote: "What a nice reply" while other commented: "Kill them with kindness."

And here's how she dealt with the troll: 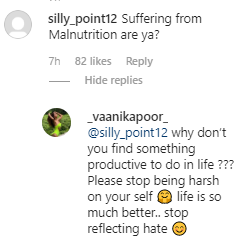 A screenshot of Vaani Kapoor's reply to the troll in the comments section.

Vaani Kapoor made her debut in Bollywood with the 2013 film Shuddh Desi Romance, in which she worked with Sushant Singh Rajput and Parineeti Chopra. She has featured in a number of films such as Befikre, War and also Aaha Kalyanam, a Tamil movie. Vaani will next be seen in Karan Malhotra's Shamshera along with Ranbir Kapoor and Sanjay Dutt.