Hrithik Roshan or Tiger Shroff, whose version of Ghungroo did you like more? 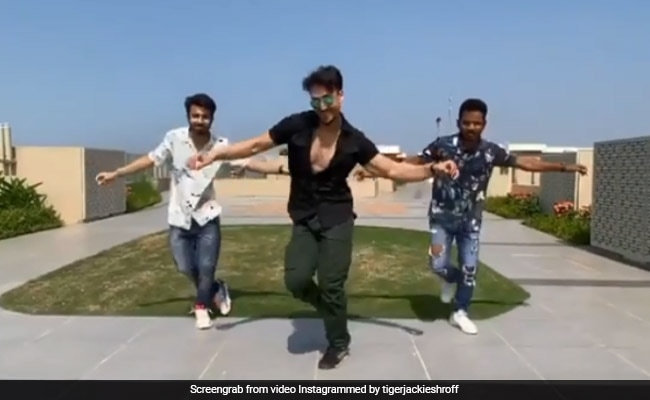 Tiger Shroff in a still from the video. (Image courtesy: tigerjackieshroff)

Tiger Shroff's love for dancing needs no introduction. The actor added another fab video to his collection on Wednesday afternoon. In the video, the 29-year-old actor can be seen dancing to the song Ghungroo from his recently-released film War. The song originally features Hrithik Roshan and Vaani Kapoor. Tiger dedicated his version of the song to his co-stars Hrithik and Vaani, whom he referred to as "Hero" and "Heroine," respectively in his post. Needless to say, Tiger nailed every bit of the video - From the signature step to the hat sequence. Tiger captioned the video: "Khalid (the name of his character in the film) ka dream sequence. This one's for my hero and his heroine Hrithik Roshan and Vaani Kapoor."

As of now Hrithik and Vaani have not reacted to Tiger's video, but it garnered a lot of appreciation from several Bollywood stars like Shilpa Shetty, Disha Patani and Anil Kapoor. "Ufff....Nazar utar lena," wrote Shilpa Shetty. Both Anil Kapoor and Disha Patani wrote "wow" in the comments section.

Here's the original song, which has been sung by Arijit Singh and Shilpa Rao and it has been composed by Vishal and Shekhar. The song has over 113 million views on YouTube.

Directed by Siddharth Anand and produced by Yash Raj Films, War showcases the story of a special agent Kabir (Hrithik Roshan) and his protege Khalid (Tiger Shroff), who become arch enemies. The film marked Tiger Shroff and Hrithik Roshan's first collaborative project and it has collected over Rs 300 crore.

"I See My Reflection In You": Ayushmann Khurrana's Adorable Birthday Wish For Son Virajveer