Vaani Kapoor Shares A Selfie With The "One And Only Shamshera" Ranbir Kapoor. See Pic

The Yash Raj Films production will be out on July 22. 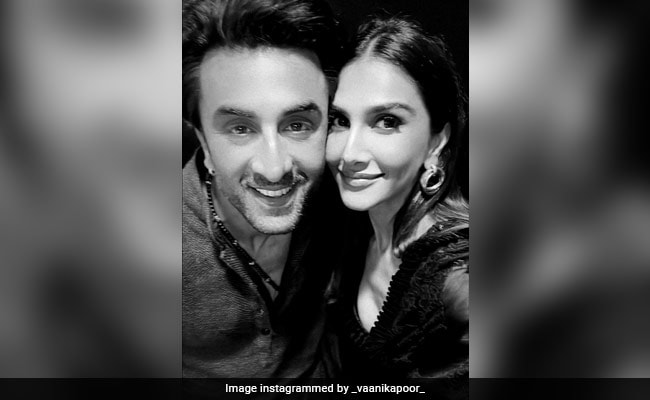 After a long wait, fans of actor Ranbir Kapoor have much to rejoice. After Sanju in 2018, the actor is back with two big releases this year - Shamshera and Brahmastra. The first of the two films, Shamshera is set to release in theatres on July 22. The lead cast of the film including Ranbir, Vaani Kapoor and Sanjay Dutt came together for the trailer release of the film on Friday and have also begun promotions. And much to the delight of Ranbir's fans, Vaani Kapoor has uploaded a selfie with the actor who is famously not on social media. Sharing the black and white selfie in which they are both smiling, Vaani wrote, “With the one & only Shamshera.#shamshera 22nd July”

After the selfie, Vaani Kapoor also dropped a video from the trailer launch event of the film that spanned three cities – Mumbai, Vadodara and Indore. In the clip, Ranbir is seen posing for Vaani's video. Then the lead actors are also seen interacting with the media and their fans.

Dropping the video, Vaani Kapoor said, “3 cities, one day, all the love and heart-warming 50 million+ views for the trailer in one day. We are humbled and thankful to you all.”

The first look of Ranbir Kapoor as Shamshera was also released by the team on social media. In the caption, Vaani wrote, “The hero who rose to be a legend – Shamshera.”

This was followed by another poster of Ranbir Kapoor as Shamshera. In the caption, Vaani said, “He's fiercely courageous & fights for freedom, he is Shamshera.”

The first look poster of Vaani Kapoor as Sona also created a buzz on social media. In the caption, the actress said, “She is relentless and has a heart of gold. She is Sona!”

Shamshera is directed by Karan Malhotra and will be out in theatres on July 22. The film will be released in Hindi, Tamil and Telugu.

Tara Sutaria Wished Boyfriend Aadar Jain On His Birthday Like This