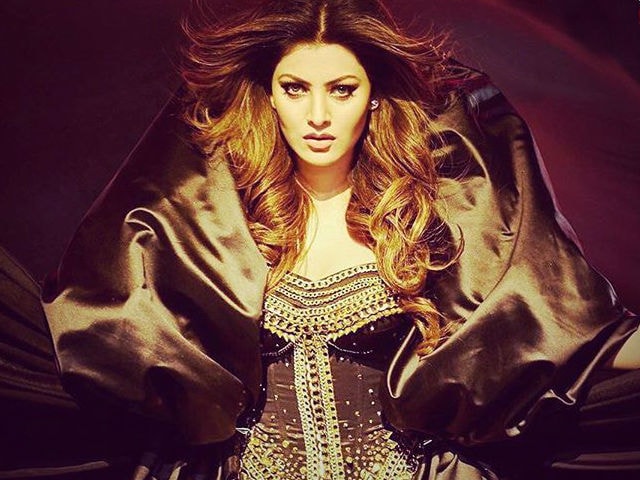 New Delhi: Actress Urvashi Rautela stars in a remixed Saara Zamana for Hrithik Roshan's film Kaabil and both she and the video are trending madly. Released on Wednesday, the song shows Urvashi dressed sexily in a series of sparkling outfits, dancing against a backdrop of lights in what appears to be a nightclub. The video begins and ends with glimpses of Hrithik, looking rather grim. The reworked song has been titled Haseeno Ka Deewana, from the second line of the lyrics. Saara Zamana originally featured in Amitabh Bachchan's 1981 film Yaarana. Not even Urvashi's flash can compete with the lightbulb jacket Big B wore in his version of the song. But hey, he's Amitabh Bachchan - who's competing, right? Here's the new (perhaps not improved, though) song, with vocals by Raftaar and Payal Dev. Saara Zamana was originally sung by Kishore Kumar.


If you're not impressed by Haseeno Ka Deewana, watch the original Saara Zamana:

In a tweet posted early on Wednesday, Urvashi thanks both Big B and Kaabil star Hrithik Roshan.

Amitabh Bachchan has not responded to Urvashi's tweet yet.

The soundtrack of Yaarana was composed by Hrithik Roshan's uncle Rajesh Roshan. In a tweet he posted earlier, Hrithik recounted how Mr Roshan, his 'chacha,' let him help out with the song:

Decades ago when my chacha recorded this song, he asked me 2 choose d rythym. Dedicated 2 u chacha - from ur greatest fan!thank u 4 d music https://t.co/CFQYSZqM5t

Urvashi Rautela, a former beauty queen, has appeared in the Sunny Deol film Singh Saab The Great and was seen this year in Sanam Re and Great Grand Masti. She has also appeared in three music videos - Honey Singh's Love Dose and Gal Ban Gayi, and Mika Singh's Laal Dupatta.

Kaabil, directed by Sanjay Gupta, will release on the evening of January 25, some hours after Shah Rukh Khan's new film Raees.