Urvashi Dholakia, Recovered From COVID-19, Reveals Why She "Chose To Keep Quiet"

"Not only have I been out of action for last 25 days, but they have also been quite a roller coaster ride for me on the health front," wrote Urvashi 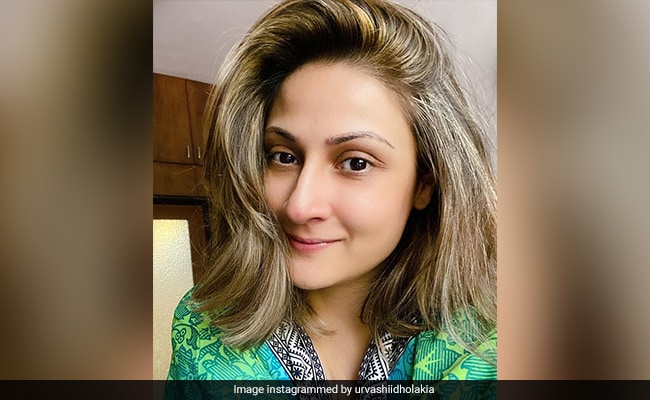 TV actress Urvashi Dholakia, on Saturday, shared a statement, in which she revealed that she had contracted coronavirus a few days ago. She added that she is now "Covid free" and revealed why she didn't want to speak about her results till she was well. "Not only have I been out of action for the last 25 days, but they have also been quite a roller coaster ride for me on the health front! I chose to keep quiet about the matter for the simple reason because this was a fight I had to fight with immense strength needed, and till the time I did not come out victorious I did not want to speak about it," wrote Urvashi Dholakia.

In her statement, Ms Dholakia described the 25 days as a "tough period" and she added, "Though I have recovered now and want to let everyone know that I am now COVID FREE. It was a tough period but I managed to sail through the obstacle, and I am now thriving the positive energy once again! It was another challenging battle fought and overcome thanks to the grace of God."

Urvashi Dholakia made her debut with the 1993 television show Dekh Bhai Dekh and has featured in television shows such as Kasautii Zindagii Kay, Kahiin Toh Hoga, Kabhii Sautan Kabhii Sahelii , Chandrakanta and Kahanii Terii Meri among others. Urvashi Dholakia also participated and emerged as the winner of popular television reality show Bigg Boss Season 6. The actress also participated in Nach Baliye 9 with her ex-boyfriend Anuj Sachdeva.