This year, ex-couples will compete against couples in Nach Baliye. 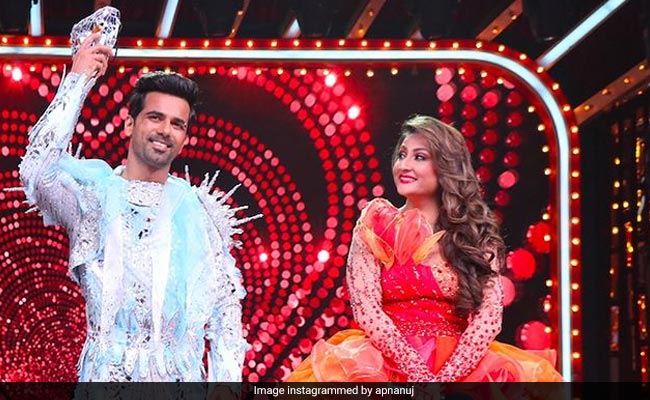 Urvashi Dholakia's ex-boyfriend Anuj Sachdeva told Pinkvilla that though he took time to think over participating in Nach Baliye 9, he eventually said yes as he's been friends with the Kasautii Zindagii Kay actress for several years post their break-up. Speaking to Pinkvilla, Anuj Sachdeva said, "It did take some thinking. But then I was like as Urvashi and I have been friends for years it was comfortable to say yes. Also, I did not think too much about the theme or what people would decipher, I just wanted to do a dance show simple as that." This year, the makers of Nach Baliye are pitting former couples against couples, which Anuj described as "different" and "interesting."

Anita Hassanandani and her husband Rohit Reddy, Rochelle Rao and Keith Sequeira, Geeta Phogat and Pawan Kumar are among the celebrity couples participating on the show.

Speaking about their weak spots and strong points, Anuj Sachdeva said, "Our weak point as a couple is that we are both non-dancers. Strength is we are both extremely hard-working and dedicated to our craft." Nach Baliye 9 premiered on Sunday during which producer Salman Khan also performed.

Anuj Sachdeva became a household name after starring in reality show MTV Roadies season 3. He followed it up with television soaps like Sabki Laadli Bebo, Phir Subah Hogi and Chhanchhan. He was last seen in Ek Bhram Sarvagun Sampanna.

Urvashi Dholakia is best-known for her role as Komolika in the first edition of Kasautii Zindagii Kay while she was last seen in Chandrakanta.