"If 2020 Was A Person": Ekta Kapoor's Komolika Truthbomb

Hina Khan and Urvashi Dholakia, who portrayed the role of Komolika in Kasautii Zindagii Kay, reacted to Ekta Kapoor's post with laughter emojis 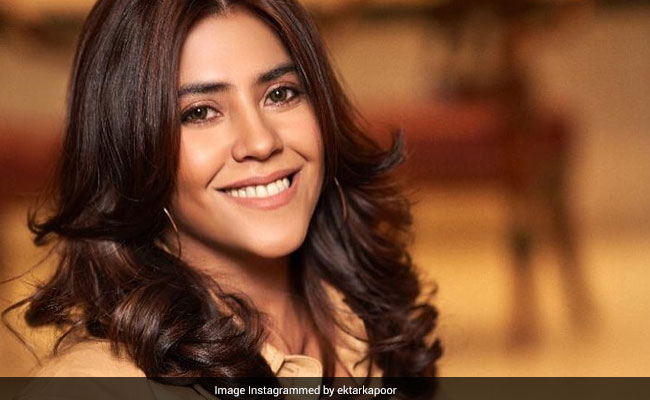 Ekta Kapoor grabbed a spot on the trends list on Thursday with her remark on the year 2020. Making a reference to the antagonist of her TV soap Kasautii Zindagii Kay, Ekta Kapoor shared a picture with the text, "If 2020 was a person, it would be Komolika." Sharing the picture, Ekta wrote, "true," and added multiple laughter emojis. TV actress Hina Khan, who portrayed the role of Komolika in the 2018 TV soap, reacted to Ekta's post with multiple laughter emojis. Urvashi Dholakia, who played the role of Komolika in 2001, when the series was first aired, commented, "Hahaha." Take a look at Ekta Kapoor's post here:

Created by Ekta Kapoor's Balaji Telefilms, Kasautii Zindagii Kay is a reboot of the 2001 series of the same name. The TV soap traces the lives of Anurag Basu and Prerna Basu, who fall in love but get separated, only to achieve union after their death. In the 2001 series, Shweta Tiwari portrayed the role of Prerna Basu while Cezanne Khan portrayed the role of Anurag Basu. In the 2018 version of Kasautii Zindagii Kay, Parth Samthaan plays the role of Anurag while Erica Fernandes portrays the role of Prerna.

Urvashi Dholakia's portrayal of the character Komolika made her a household name in 2001. In 2018, Hina Khan received several awards and accolades for her performance as Komolika, including the Gold Award for the best actor in a negative role. In 2019, the TV soap was remade into a Kannada series Premaloka.