Uri Box Office Collection: Vicky Kaushal's film currently has a strong hold at the ticket window and it has collected 122.59 crore so far 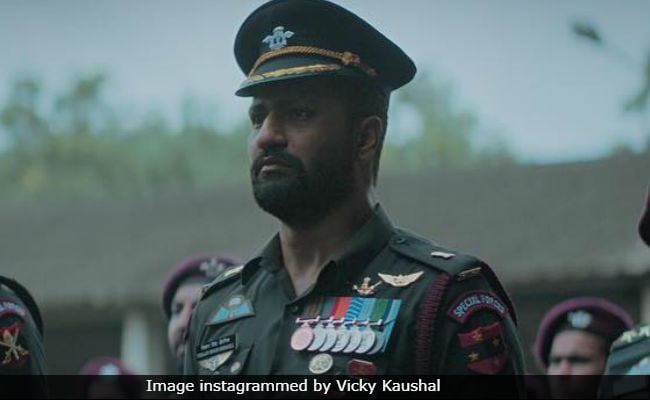 Uri: The Surgical Strike, currently in its second week, is a "box office favourite," says trade analyst Taran Adarsh. Uri, starring Vicky Kaushal, Yami Gautam, Mohit Raina and Paresh Rawal, collected Rs 122.59 crore as of Tuesday, he tweeted. "Uri: The Surgical Strike is winning hearts and wooing the box office with josh. This one's an audience-favourite and also a box office-favourite," he wrote. Uri collected Rs 6.30 crore on Tuesday, which is slightly less than its second Monday collection. Uri: The Surgical Strike is directed by Aditya Dhar and the film is touted to be 2019's first superhit, Taran Adarsh had tweeted before. Uri currently has a strong hold at the box office having bested films like The Accidental Prime Minister and Why Cheat India.

Meanwhile, in two days Kangana Ranaut's Manikarnika: The Queen Of Jhansi will open in cinemas, which may affect the film's collection in the third week. In addition, Thackeray, starring Nawazuddin Siddiqui, also opens in theatres this week.

Uri is based on the surgical strikes carried out by the Indian Army following 2016's Uri terror attack. In the film, Vicky Kaushal plays the role of the officer who leads the surgical strike operation. In his review for NDTV, Saibal Chatterjee wrote: "But for the presence of Vicky Kaushal... Uri: The Surgical Strike would have been a complete washout. It gets two stars - one for its technical sheen, the other for the male lead."