The Tiger Zinda Hai director shared a picture with his Instagram fans. 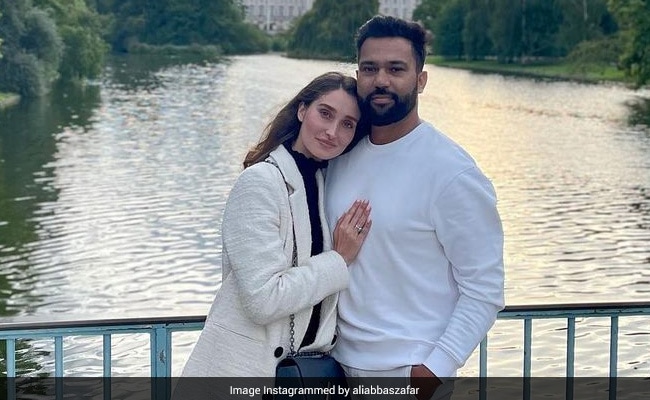 Director Ali Abbas Zafar is a man in love. A cursory glance at his Instagram timeline will tell you just how smitten he is by his wife, Alicia Zafar. And now, we have a new picture to prove this. On Thursday, the director, who is known for films such as Sultan and Tiger Zinda Hai, shared a photo in which the couple is posing in front of what appears to be a river. Ali Abbas Zafar also penned a lovely note for Alicia. He wrote, “Universe within my Universe.” Sweet isn't it? Actor Ranveer Singh, who has worked with Ali Abbas Zafar in Gunday, picked an evil-eye and pink heart emojis for the comments section.

This is not the only photo of the happy couple on Ali Abbas Zafar's social media timeline. Previously, the director uploaded a selfie featuring the duo, clicked by Alicia. He kept the caption simple with just a red heart emoji. Well, we don't mind that, Reacting to the image, actor Arjun Kapoor wrote, “Bhabhi aa gayi (Sister-in-law has arrived).” Arjun was also part of the 2014 film Gunday.

Also, on the occasion of Alicia Zafar's birthday, Ali Abbas Zafar dropped a frame from their wedding. He wrote, “Happy birthday to the universe that keeps me alive.”

Earlier this year, on January 3, the director shared the news of his wedding with Alicia  Zafar by posting a bunch of lovely photos from the wedding ceremony. Let's take a look at his “Mine for life” moment. In the picture, the couple is seen sharing a tender moment. Ali Abbas Zafar wrote in the caption, “1,400 years ago Imam Ali said to Fatimah Al- Zahra's, all my worries and sadness disappears when I look at your face, I feel the same Alicia Zafar. Mine for life.”

Here is the one from their wedding album:

As per Ali Abbas Zafar, this is a “welcome to the family” moment. It also features his parents. Check it out: