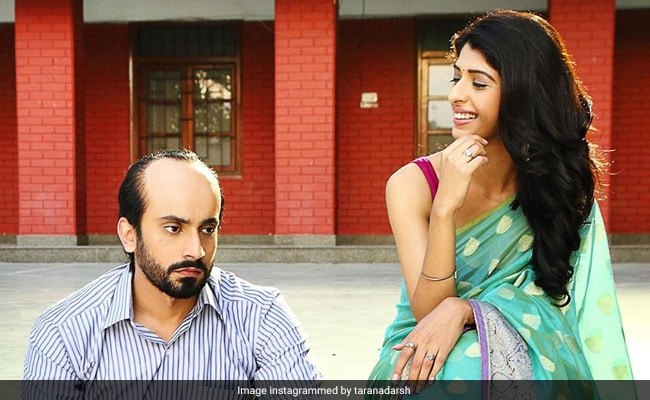 Ujda Chaman, starring Sunny Singh, which opened in theaters on Friday, has managed to collect Rs 5.65 crore within two days of its release, reports Bollywood trade analyst Taran Adarsh. In his tweet, Taran Adarsh stated that the film "gathered momentum" in evening on the first day of its release as it earned Rs 2.35 crore. The film's performance improved on Saturday as it garnered Rs 3.30 crore on Day 2. Taran Adarsh also stated that the film is likely to perform well on Sunday. Sharing the film's box office performance so far, Taran Adarsh tweeted: "Ujda Chaman gathered momentum on Day 1 (evening shows) and improved considerably on Day 2... Day 3 should only get better... Fri 2.35 cr, Sat 3.30 cr. Total: Rs 5.65 cr. India biz."

Ujda Chaman opened to largely negative reviews from film critics. In his review for NDTV, film critic Saibal Chatterjee gave the film 1.5 stars out of 5 and he wrote: "The fluffy, fusty comedy drama about a young man grappling with a receding hairline and dwindling marriage prospects is delivered without wit and warmth, making it not just unfunny and tiresome - its two fours feel like four - but also frequently cringe worthy."

Ujda Chaman frequently featured in headlines for its strikingly similar plot to Ayushmann Khurrana's Bala. Both the film showcase the stories of the protagonists dealing with the effects of premature balding on their personal and professional lives.