Ujda Chaman arrived in theatres on Friday. A special screening of the film was hosted by Sunny Singh and Maanvi Gagroo. 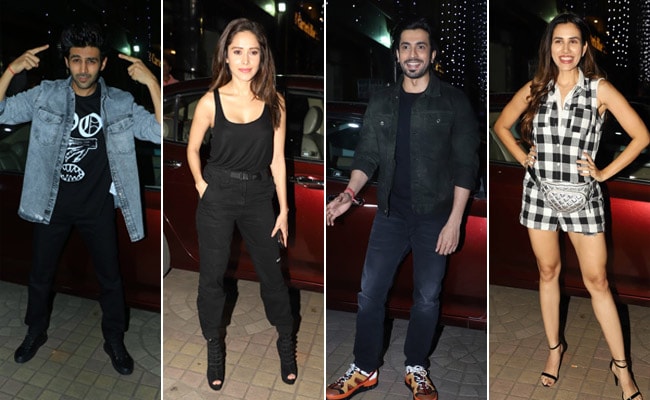 We have one more Bollywood comedy to entertain us at the theatres this week. Ujda Chaman, starring Pyaar Ka Punchnama actor Sunny Singh and Four More Shots Please! actress Maanvi Gagroo, is the hilarious story of a balding protagonist that promises a good laugh in the theatres. Ahead of their film's release, Sunny Singh and Maanvi Gagroo hosted a special screening of the film and Sunny Singh's Pyaar Ka Punchnama co-stars Kartik Aaryan, Nushrat Bharucha wouldn't have missed it for the world. Kartik Aaryan was one of the first celebs to check in to the Mumbai PVR while Nushrat joined him soon, looking every bit stunning. 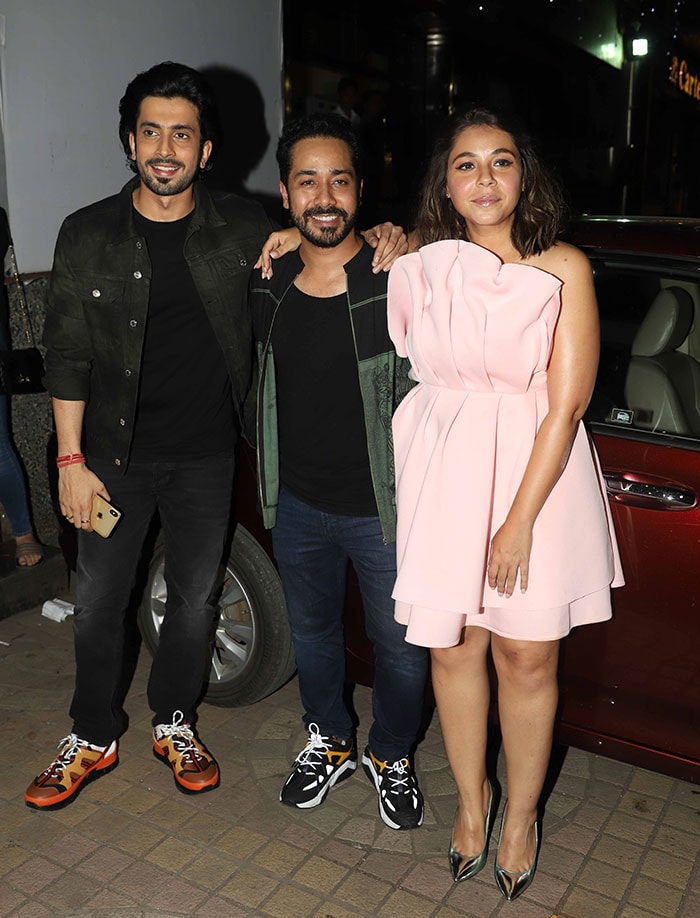 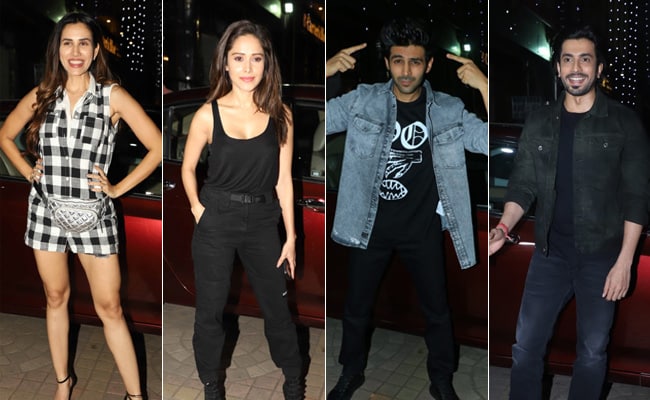 Guess who else also watched Ujda Chaman with Team Pyaar Ka Punchnama? It was none other than Ajay Devgn, who patiently posed for the paparazzi outside the venue. Ajay Devgn was spotted chatting up with Ujda Chaman director Abhishek Pathak and Sunny Singh. The men's corner was also well represented by Kunal Kemmu and Pulkit Samrat. 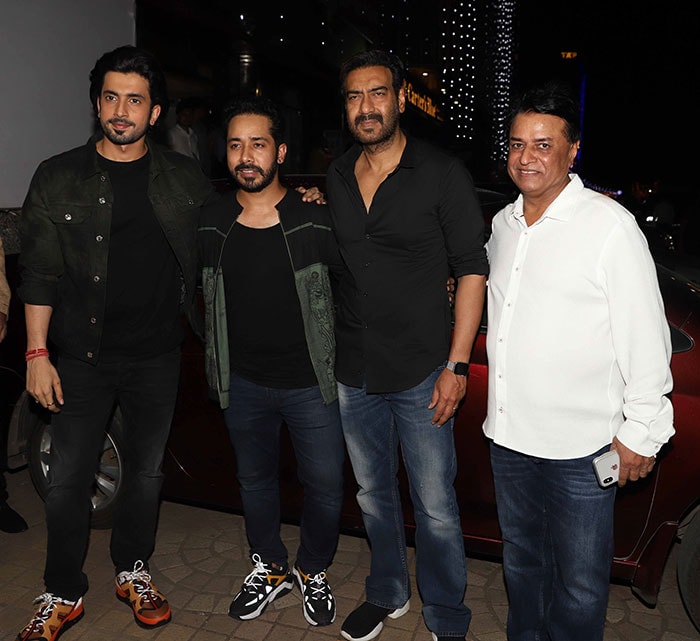 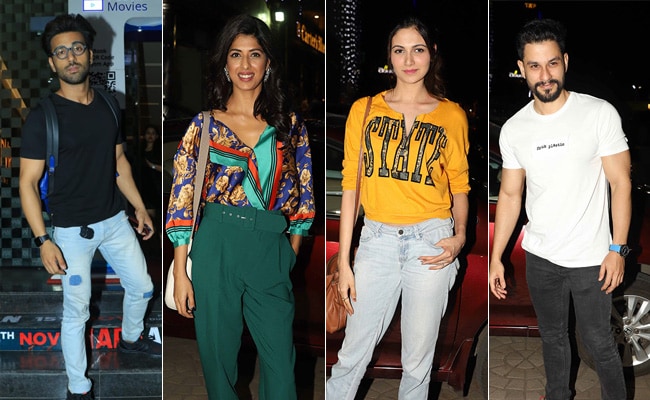 The Ujda Chaman screening was a huge success with Sunny Singh and Maanvi Gagroo's friends like Mandana Karimi, Sahher Bambba, Soundarya Sharma, Patralekhaa and Sriti Jha also joined in the fun. Aishwarya Sakuja, who also features in Ujda Chaman, enjoyed the movie with the rest. 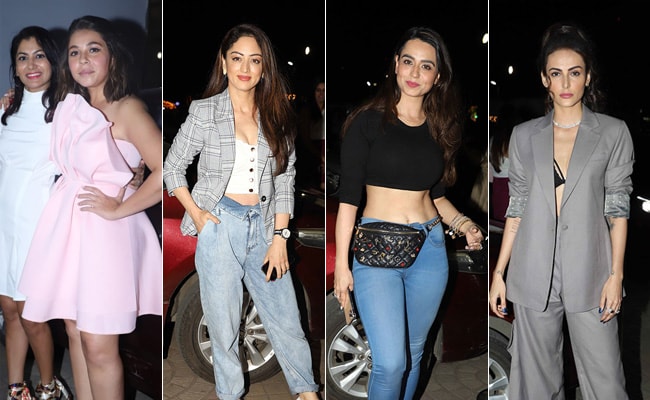 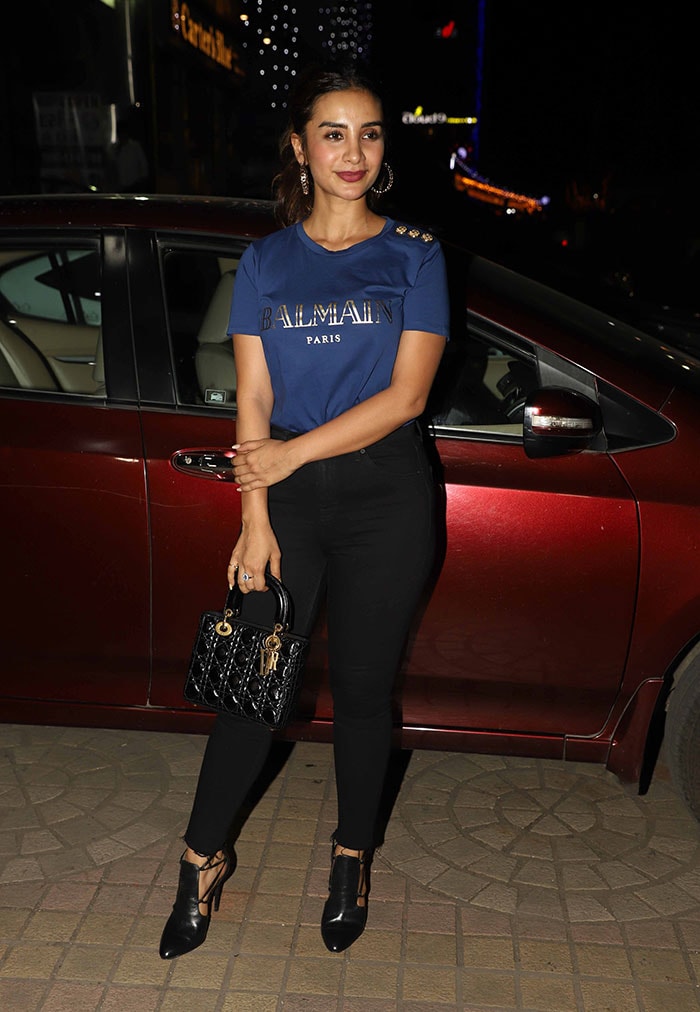 Ujda Chaman, which opened to mediocre reviews on Friday, has featured in headlines for its similarity to Ayushmann Khurrana's upcoming movie Bala - both films deal with the issue of premature balding. "He's playing his part, I am playing mine. We both are actors doing our jobs. I love him and I'm a fan of his acting," Sunny Singh had told news agency PTI.