Ujda Chaman Review: The lead actors, Sunny Singh and Maanvi Gagroo, and the supporting cast are too good for a film as misguided as this one. 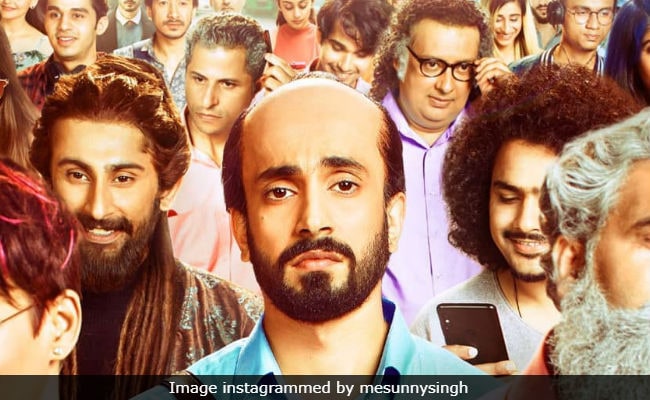 To put it baldly, Ujda Chaman is just that: a cinematic approximation of a garden gone to seed owing to lack of clean water and pure air. The film scrapes the bottom of the barrel in search of inspiration - and laughs - but fails to find the roots that it needs to attain proper plumage.

The fluffy, fusty comedy drama about a young man grappling with a receding hairline and dwindling marriage prospects is delivered without wit and warmth, making it not just unfunny and tiresome - its two fours feel like four - but also frequently cringeworthy.

The screenplay, whose purported aim is to disavow us of our collective prejudice against the bald and the balding, beats about the bush aimlessly. All it manages to be in the process is contemptibly insensitive not only in its portrayal of a perfectly personable guy who does not possess a full mop of hair, but also in its depiction of a chubby girl constantly made conscious of her weight.

The film's exasperated protagonist, at one point, mulls going in for a hair transplant but figures out it would be way beyond the means of a Hindi lecturer earning Rs 70,000 a month. He then uses a hair patch to hide his bald pate. A nasty student films him in the act of removing the wig in the college washroom. The video goes viral and he becomes the butt of ridicule on the campus. That is the level of dimness at which this film operates in its attempt to evoke sympathy for a man who shouldn't have in the first place cared a fig about missing hair.

Ujda Chaman is beyond redemption: no transplant or patch can conceal its blemishes. There are just too many of them. The lead actors (Sunny Singh and Maanvi Gagroo) and the supporting cast (Atul Kumar, Sharib Hashmi and Saurabh Shukla) are too good for a film as misguided as this one. They do their very best to salvage what they can. They are saddled with a script that is hopelessly patchy and devoid of subtlety. 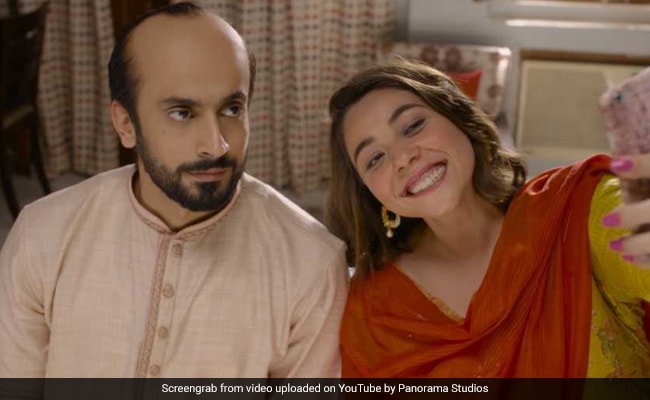 The man with the mane fixation, 30-year-old professor Chaman Kohli (Sunny Singh), resident of Rajouri Garden, West Delhi, is morose because of all the rejections he has faced from prospective brides. The girl facing weight issues, 29-year-old bridal make-up artiste Apsara Batra (Maanvi Gagroo), resident of Mayur Vihar, East Delhi, seems far happier in her skin despite the unkind jibes she has gotten accustomed to.

Chaman's sense of self-worth is in tatters. A teacher he invites out for coffee, Ekta (Aishwarya Sakhuja), cries off because she has a date with her boyfriend. Chaman takes that blow in his stride. The next big reverse hits him much harder.

Against his own counsel, he drifts close to a 20-year-old student Aaina Ali Khan (Karishma Sharma), who leads him up the garden path and inveigles him into leaking a Hindi question paper - this is among the numerous completely contrived situations that the film hinges on. Once the girl's purpose is served, she moves on, leaving the Hindi lecturer in the lurch and more wary of girls than before.

With nothing less to lose, Chaman turns to the online dating app Tinder for deliverance. There, he chances upon Apsara. Their first encounter in person is anything but tender. The dialogue writer thinks that the duo calling each other names - ganja and bhains (buffalo) - is in the realm of legitimate humour. 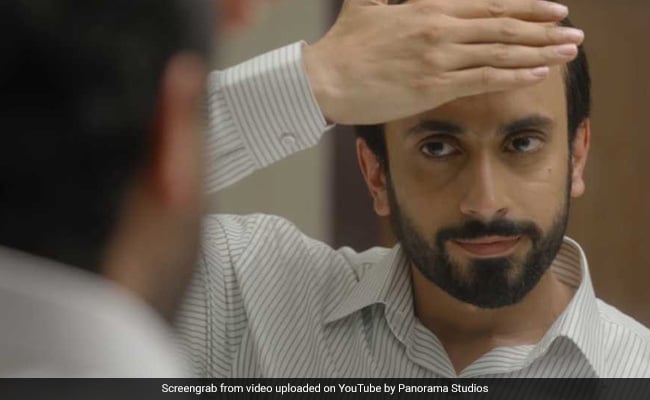 But worse is to follow. The messy meeting ends quickly. Apsara hitches a ride on Chaman's scooter. She has to get to the nearest Metro station, but on the way, Chaman loses balance. They end up in a heap on the road. An injured Apsara is hospitalised and Chaman's parents - played by Atul Kumar and Grusha Kapoor - advise their son to give the stricken girl company.

Chaman and Apsara momentarily ride over the rough patch while badmouthing each other (without verbalising their actual feelings). Jumping to the inference that the two youngsters are ready to marry each other, their parents go cock-a-hoop with joy. However, Misgivings continue to gnaw at of Chaman, who begins to believe that he is about to get a raw deal. All the hemming and hawing that follows is as dippy and dreary as anything that has gone before. 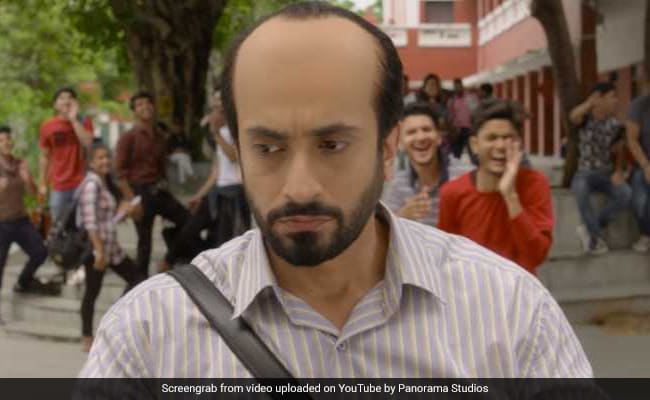 Chaman has a younger brother Goldy (Gagan Arora, who leaves a mark in a cameo), who not only has a well-kempt shock of hair, but also a way with women. In one scene, the two brothers hit upon the same girl at a friend's wedding and Chaman is left fuming. Big brother chases Goldy out of the house, the siblings fight, the neighbours watch, and the parents run ragged. Ujda Chaman abounds in such raucous passages in which characters holler and howl and it is hard to hear any of them above the din. Not that grasping their words would make any difference.

A guruji (Saurabh Shukla) who foresees a life of celibacy for Chaman if he does not marry before he turns 31. In which world do the makers of Ujda Chaman live? Didn't bachelorhood and celibacy part ways many decades ago? Chaman is hard-pressed to impress upon his mom that he isn't a virgin although she preens that her son is a "pure munda".

There are many other questions that spring to mind while watching Ujda Chaman, directed by first-timer Abhishek Pathak. One of them should worry Delhi's Hansraj College. The students of the institution, where major portions of the film are supposedly set, are portrayed as a bunch of louts who subject their Hindi lecturer to derogatory catcalls. Who in the right mind in this day and age would shout "takla" at a teacher in a classroom?

If the boorish behaviour of the young and restless is for the purpose of dramatization, it does not work one bit. It robs Ujda Chaman of any possibility of being realistic and relatable - and, of course, of every driblet of decency. Not that much in the film (other than a few of the performances) is effective, what is particularly offensive is the manner in which the physical attributes of the two principal characters are made fun of in the service of a comedy that wallows in twaddle and achieves the exact opposite of what it wants to.

Avoid. Spare yourself a bad hair day at the multiplex.