"My character is a complex one, but he is a good son," Jisshu Sengupta said about his Typewriter role 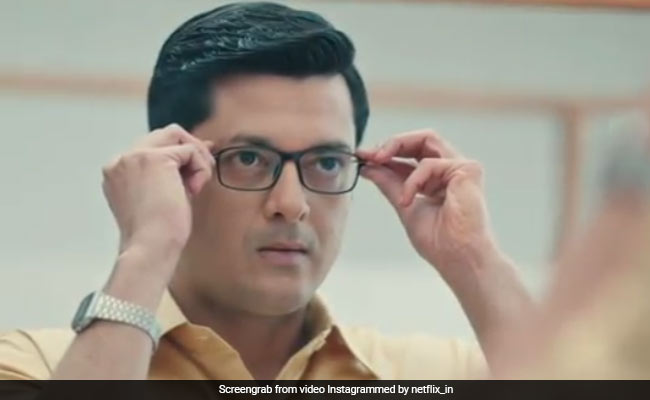 Jisshu Sengupta in a still from Netflix's Typewriter (courtesy netflix_in)

He is best known to Bollywood fans as the actor who essayed Rani Laxmibai's husband Gangadhar Rao in Manikarnika: Queen Of Jhansi, but Jisshu Sengupta is a celebrated actor in Bengali cinema.

Jisshu returns to pan-Indian attention playing a pivotal role in the upcoming Netflix series Typewriter and he says that as an actor he is more instinctive than analytic, and that he prefers to live in the moment.

"I am an actor and I do not have to relate to whatever I play on screen them at a personal level. What is important is to understand the character, do enough homework to know the frame of mind of the character or his back story. That way, I am a switch-on, switch-off actor. I live every character between 'action' and 'cut' and do not take them home or live with them for 70 days while shooting. That is my process," Jisshu told IANS.

"My character is a complex one, but he is a good son. Perhaps after watching the whole show, the audience would want a son like Amit in real life," he said.

While he is continuously doing good work in Bengali film industry with films such as Jaatishwar, Rajkahini, Byomkesh Bakshi and Bornoporichoy, and having forayed Hindi mainstream with Manikarnika, Mardaani and Piku, besides the web series Skyfire, Jisshu is balancing his time between Tollywood and Bollywood.

Asked about the change in film business because of the booming digital entertainment industry, Jisshu said: "Honestly, the medium does not matter to me as a performer. I really do not sit down and analyse these things. People tend to think that I am the too strategic and a so-called intellectual person by watching my films but, trust me, I am not. I am very instinctive. I react to the situation, to a story. I choose my project accordingly," shared the actor.

"Since I surrender myself to the director, it is important for me to trust him. Sujoy and I share that bonding," he said about working in Typewriter.

Destroying someone's childhood with maths can get pretty bloody. #Typewriter

"I have to have a working environment where I love to go to work. I always want to be surrounded by likeminded people. I cannot work with grumpy people. If my director has the trust that I am capable of doing something, that becomes my drive," he added.

According to Jisshu, acting is quite a tiring process: "We are creating a fictional world. We are imagining emotions in our head and executing them through our performances. Mentally, it drains us," shared the 42-year-old actor who openly admits that he rediscovered his acting skills after collaborating with the late filmmaker Rituparno Ghosh.

Typewriter premieres on Netflix on July 19.

(Except for the headline, this story has not been edited by NDTV staff and is published from a syndicated feed.)
Comments
jisshu senguptatypewriter