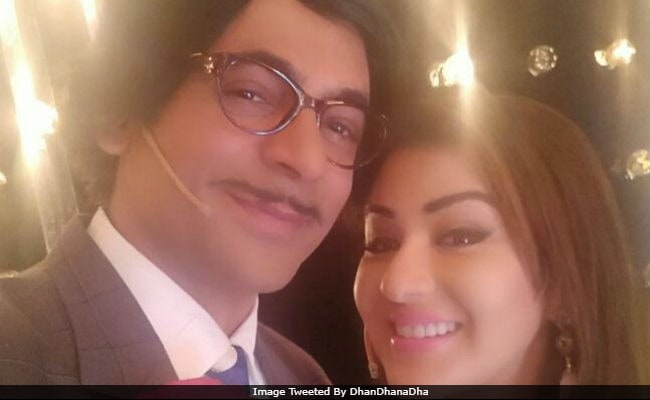 Sunil Grover and Shilpa Shinde are doing a show for the first time (Image courtesy: DhanDhanaDha)

New Delhi: Comedian Sunil Grover made a comeback (of sorts) with a web show Jio Dhan Dhana Dhan, which streamed during the Indian Premier League (IPL) match. Sunil Grover is joined by Bigg Boss 11 winner Shilpa Shinde and former co-stars like Sugandha Mishra and Ali Asgar. Sunil Grover played the role of professor LBW while Shilpa is Googly Devi. Sunil Grover and Shilpa Shinde's Jio Dhan Dhana Dhan is a hit on Twitter and tweets like "loved the show" and "blockbuster" have been posted. Shilpa's fans, in particular, have posted their reviews and hailed the show as, "Comeback of comedy queen."

Sunil Grover and Shilpa Shinde had also shared some posts related to the show.

There is no replay, no third umpire, no second inning in real life. So be happy and keep everyone happy. Hope we will be successful in our little efforts of bringing smile on your faces in this stressful life.. Enjoying work with @whosunilgrover

Of his new show, Sunil Grover earlier told news agency IANS, "I am playing the character of professor LBW in the show. It's a new show where we have combined comedy with cricket. The effort is to make people laugh while giving them information about cricket matches and it will be whole new experience for the audience." The team has also shot with Chennai Super Kings (CSK) players Mahendra Singh Dhoni and Harbhajan Singh for a special segment.

Promoted
Listen to the latest songs, only on JioSaavn.com
Last year, Sunil Grover had hosted an app-based show with Sunny Leone during one of the IPL matches.