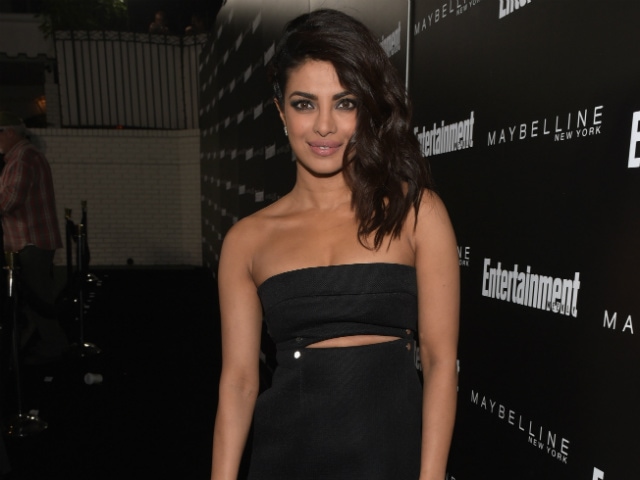 New Delhi: Oscar day is going to be a big night for actress Priyanka Chopra, who has been announced as one of the presenters at Hollywood's most prestigious award show.

On Twitter, the 33-year-old star of Quantico wrote that she's now hunting for the 'perfect dress.' She was replying to one of the many congratulatory tweets she's been flooded with.

That little girl with big dreams is going places @priyankachopra what an incredible start to this year it's been! https://t.co/4pUH1YBiHv

Yo @priyankachopra You're a rockstar who is making us all proud. Keep soaring!

Isn't that fantastic!! So proud of you @priyankachopra !! Bravo Abha Mathur... https://t.co/gIAw0z21fu

#Out of words. Full of respect. @priyankachopra u shine brighter everyday.. #gogirl#hollywood#bollywood#morepowerhttps://t.co/fBhwwXW38F

Wow! Woke up to see this bit of news!@priyankachopra presents at the #Oscars
Go Girlhttps://t.co/FRi4gVamsh

This is just great... Super news to wake up to :) https://t.co/qveOERDQaI

Wow! That is so Awesome! The wonderful @priyankachopra presenting the Oscars! Such a proud moment!!! https://t.co/P9iUPrKqcz

Priyanka was last seen in 2015's Bajirao Mastani, for which she won a Filmfare Award for Best Supporting Actress. Her next Bollywood film is Jai Gangaajal.

Hosted by comedian Chris Rock, the Oscars will air on February 29 in India.