Twinkle Khanna on Karva Chauth: Sent Satellite to Mars But Look at Moon 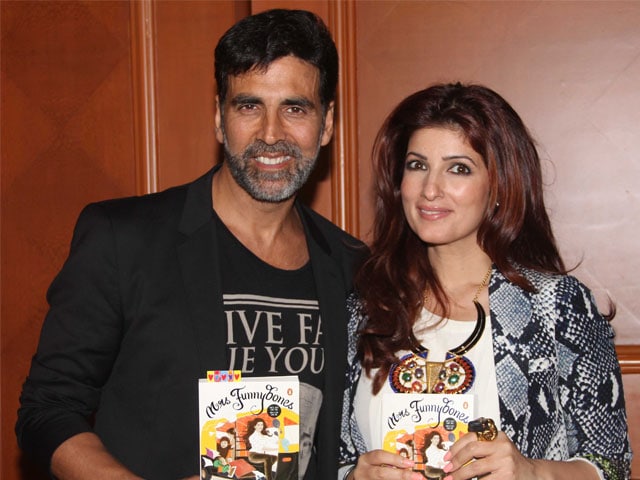 Mumbai: Actress-turned-writer Twinkle Khanna, who unveiled her debut book, Mrs Funnybones: She's Just Like You and a Lot Like Me, says it is a woman's humorous perspective on the state of women in India. (Also Read: 10 Secrets Twinkle, Aamir, Akshay, KJo Revealed About Each Other)

Twinkle said, "Mrs. Funnybones is about how modern woman looks in India and how India looks back at her. We live in a world where we have sent a satellite to Mars, but we are looking at the moon and praying for our husband's long life." She was referring to the festival of Karva Chauth where women break their fast after worshipping the moon.

Her husband Akshay Kumar, mother Dimple Kapadia, co-star Aamir Khan and one of her closest friends, filmmaker Karan Johar attended the book launch here on Tuesday to show their support.