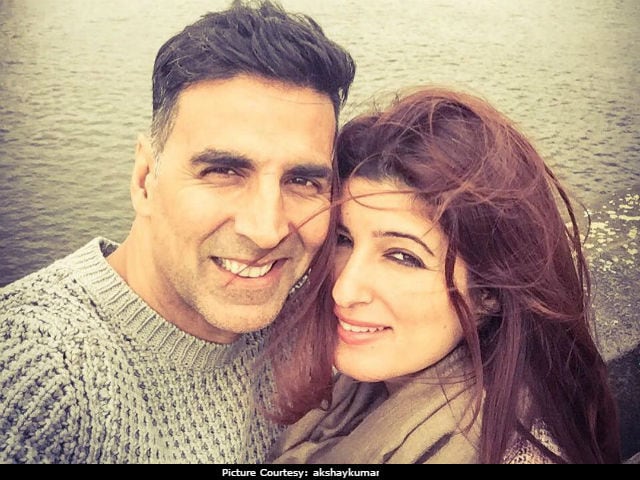 Akshay Kumar got married to Twinkle Khanna in 2001 (Courtesy: akshaykumar)

New Delhi: Actor Akshay Kumar's old hit Tu Cheez Badi Hai Mast Mast is enjoying a renaissance, led by the 49-year-old star in person. Decades have passed since Akshay was considered Khiladi #1 off-screen and now, his heart beats only for his wife, former actress Twinkle Khanna. "I want to sing the song for my wife. Twinkle is and always will be my Mast Mast girl," Akshay said while launching the remixed song in Mumbai yesterday, reported news agency IANS. The 'Mast Mast girl' epithet was originally applied to actress Raveena Tandon, who co-starred with Akshay in the song and the film it belonged to - 1994's Mohra. Raveena and Akshay are believed to have dated for a while.

Akshay Kumar was also asked about his former girlfriend and co-star of several films like Khiladiyon Ka Khiladi and Main Khiladi Tu Anari. "It was a great honour working with Raveena. We have done so many films and songs together and Tip tip barsa pani is still one of my favourites. Almost all our films were hits, so it was a great experience," Akshay was quoted by IANS as saying.

The Rowdy Rathore actor also shared his memories of rehearsing for the hit song, quipping, "Me and Raveena used to rehearse the moves for Tu cheez badi hai mast mast on the spot and act it. The Khiladi tag, Mast mast song and Chura ke dil mera song were the pillars that shaped my career," Akshay Kumar said, reports IANS.

Promoted
Listen to the latest songs, only on JioSaavn.com
Akshay Kumar's upcoming movie Naam Shabana, also starring Taapsee Pannu and Anupam Kher, is slated to release on March 31. He also has Toilet - Ek Prem Katha and 2.0.