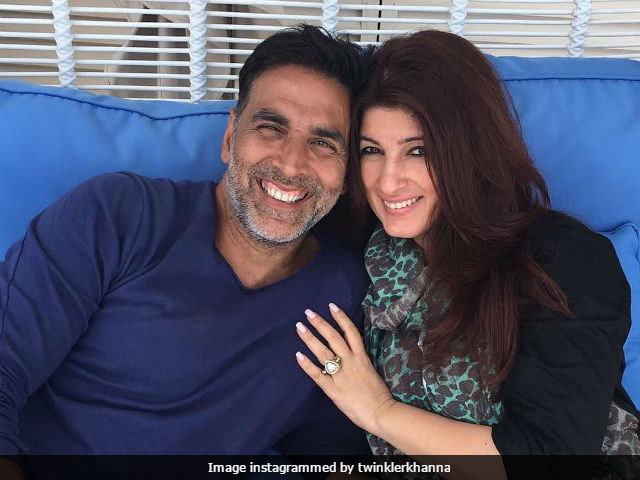 Twinkle and Akshay Kumar have been married for 16 years (Image courtesy: twinklerkhanna)

New Delhi: Twinkle Khanna, who has been married to Akshay Kumar for 16 years, told news agency PTI that she is happy being part of a 'great team' with her husband. The 43-year-old actress turned writer said: "I think it's a great team. We are playing tennis doubles, and I think that's a pretty good foundation for a marriage to last." She added: "The things that I find attractive in Akshay have changed over the years". The couple got married on January 17, 2001. They are parents to two children - son Aarav and daughter Nitara. Twinkle Khanna told PTI: "I want to emulate Akshay's 'calm and composed mind'."

This year, Twinkle Khanna made her debut on Karan Johar's chat show Koffee With Karan along with the Jolly LLB 2 actor. In the show, Twinkle revealed that Akshay Kumar uses 'chashma pehen le' as code to tell her she should zip it. Twinkle told PTI that the Heyy Babyy actor goes through her coloums before they are published and rates them.

"He knows what resonates with people. He has a pulse on what people say and feel," said Twinkle Khanna.

Speaking about how motherhood changed her life, she told PTI: "You experience love and pain in all its glory."

Promoted
Listen to the latest songs, only on JioSaavn.com
Currently, she is producing Akshay Kumar's Padman. The film also features Sonam Kapoor and Radhika Apte in lead roles.