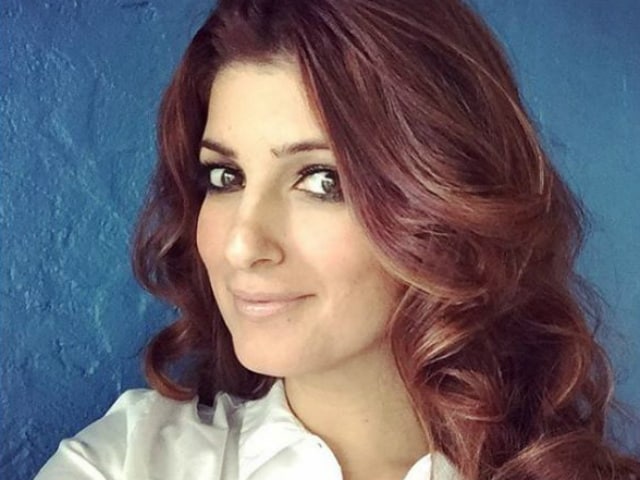 Twinkle Khanna will not be on screen, only off it (Image courtesy: twinklerkhanna)

New Delhi: Twinkle Khanna has an important clarification to make after it was revealed that she is launching a production house of her own. On Wednesday, Mumbai Mirror reported that Twinkle, a former actress, will produce director R Balki's next film under her brand new Mrs Funnybones Movies. And just so everyone knows, the 42-year-old columnist and author tweeted to say that she would be involved in a strictly off-camera capacity. So, for those "alarmed at the prospect of having to face the onslaught of (her) legendary acting skills," Twinkle Khanna will not be on screen, only off it. Mumbai Mirror reports that the R Balki film, conceptualized by Twinkle Khanna, will star her husband Akshay Kumar and actresses Sonam Kapoor and Radhika Apte. Amitabh Bachchan will apparently make a special appearance, as he did in Balki's last film Ki And Ka.

Anyhow, Twinkle tweeted this on Wednesday:

Alarmed at the prospect of having to face the onslaught of my legendary acting skills? Nah!only behind the camera:) https://t.co/ntR0tiKtkBpic.twitter.com/VOQbhRPpb5

Phew, for any of you 'alarmed.' Twinkle, who starred in '90s films like Baadshah and Mela, has been refreshingly self-deprecating about her former career in Bollywood. She told NDTV last month, "I have no acting skills! You need acting skills to act, not intelligence. They're two different skills." Twinkle, the daughter of actors Rajesh Khanna and Dimple Kapadia, debuted in 1995's Barsaat and made her last film, Love Ke Liye Kuch Bhi Karega, in 2001. "I was desperate to get out. My entire body was outside the door, I was just hanging on with my toes," she told NDTV about quitting films. She has since re-invented herself as a writer, with two books to her credit.

Twinkle also has producing experience, having worked on several of Akshay's films, like Tees Maar Khan and Khiladi 786, as co-producer. The films were made by Akshay's banner, Hari Om Productions.

Promoted
Listen to the latest songs, only on JioSaavn.com
Meanwhile, the Balki film will reportedly start filming next March. "She (Twinkle) is the producer and I will work on a salary,'' Mumbai Mirror quotes Akshay Kumar as saying.

Twinkle Khanna and Akshay Kumar married in 2001 and have a son and daughter together.