Twinkle Khanna is Trending on Twitter and Here's Why 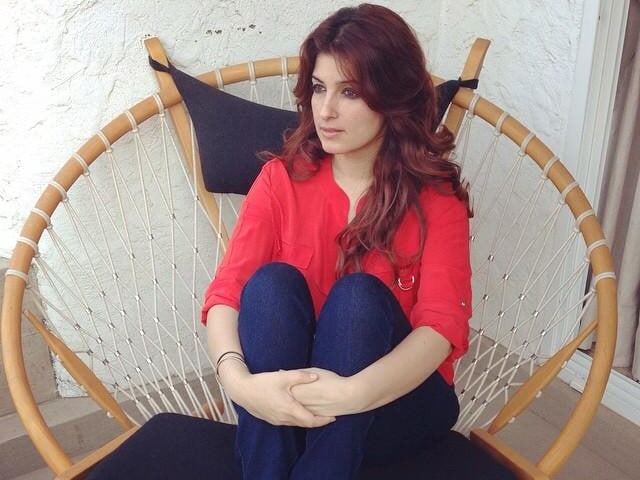 This image was posted on Twitter by Twinkle Khanna

New Delhi: Twinkle Khanna, wearer of many hats, may joke on Twitter about getting short shrift from her mother but there's plenty of admiration coming her way from several other quarters.

Now, we don't believe the fabulous Dimple Kapadia really dissed Twinkle's column nor that she could be so easily replaced by colleague Hema Malini. But like many others, we're laughing at this Twinkle joke, the latest in MrsFunnyBones' particular brand of humour.

Me:Saw my column?Mom:No!more imp did u buy dishes 4 ur kitchen Me:Cn i exchange u 4 HemaMalini at least I will get a free KentRO #worldwar

It's not her hilarious Twitter feed, however, but this article on censorship written for Times of India that is the reason why the former actress is trending on Twitter. In her piece, Twinkle writes: "Shouldn't we save our strength to protest against things that really matter - like gangs of men still killing and raping women as they did again in Rohtak; that we spend $38.35 billion on warfare but are slashing our health care budget by 20% despite being a country whose public spending on health is already among the lowest in the world; that a bunch of us have been called 'haramzade' on a political platform from a member of the party that governs us and not from a standup comedian but no FIR is filed against the politician but is filed against the AIB comedians instead." (Also Read: Save Strength to Protest Against Things That Matter, Says Twinkle Khanna on Censorship )

The response on Twitter was instant and almost entirely admiring. Much of the public applause came from the film fraternity, direct casualties of both the controversy over the Roast and the recent bleeping of the word 'Bombay' in a song.

A sample of what celebrities are saying on Twitter:

Rational, intelligent and true!! This is what needs to #BreakTheInternet!! SALUTE!!! I'M YOUR FAN!! @mrsfunnyboneshttp://t.co/sQnS4UvwhP

@mrsfunnybones emerging as a columnist extraordinaire....and is now a household brand!! So proud of you my darling!!!!

Amazing write up by @mrsfunnybones about how we're going back in time. Read and reflect a little http://t.co/fj3DBbjxjV

@mrsfunnybones now that's a roast I like Let it trend , go viral , and offend somebody pl It's in vogue anyways

Strange, the amazing power of humour. I now read the Sunday Times of India for @mrsfunnybones: Try this yourself: http://t.co/Sq57JeWQpj ...

Promoted
Listen to the latest songs, only on JioSaavn.com
Twinkle, who is married to actor Akshay Kumar and has two children with him, quit Bollywood after 2001 film Love Ke Liye Kuchh Bhi Karega and has re-invented herself as an interior designer and now a writer. Her tweets, sent from a handle called MrsFunnyBones, are immensely popular as are her columns and she has recently snagged a book deal.

Her actor husband recently told news agency IANS: "She was once known as 'Mrs Kumar', but in all honesty, she rocks as 'Mrs Funny Bones' even more."