"We are just beginning to get out of the lockdown. There are high chances of a spike in the graph," she said 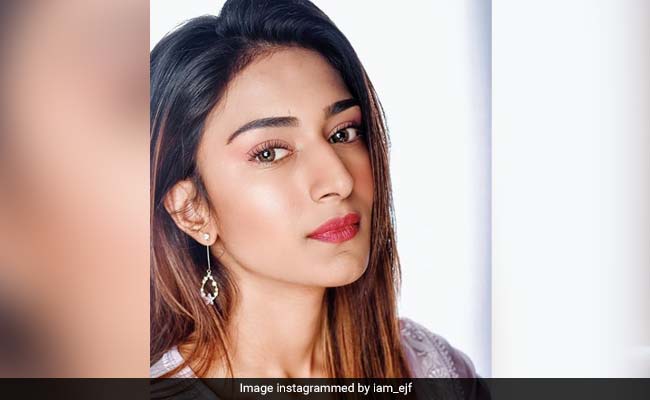 TV actress Erica Fernandes, who stars in Star Plus' daily soap Kasautii Zindagii Kay, expressed her concern about production houses resuming shoots post coronavirus lockdown. In an interview with Pinkvilla, Erica listed several reasons as to why she is "not up for it." Erica said, "People have been out of work for a very long time. Some do not have the luxury of making a choice if they should get back to work or not. But if you personally ask me, I am not up for it and this is due to multiple reasons. Firstly, we are just beginning to get out of the lockdown. There are high chances of a spike in the graph. Secondly, because we are entering the monsoon season where so many of us generally fall ill due to the change in weather. The symptoms of normal flu or dengue, malaria are very similar to the virus. This will create chaos and panic. Thirdly, actors, even if they want to, have to shoot without a mask. So, they are at a higher risk at work, more than anyone else."

Last month, the Maharashtra government issued an order allowing the shooting of films, television serials and digital series in non-containment zones of Maharashtra. The order came as a response to The Federation of Western India Cine Employees' letter to the Chief Minister of Maharashtra, Uddhav Thackeray, seeking permission to restart the post-production activities of film, shows and other entertainment projects. Issuing a Government Resolution, the Cultural Affairs Ministry said that producers will have to conduct pre-production and post-production works by adhering to the guidelines stated by the government.

According to a report by news agency PTI, filmmakers and producers are working out how to shoot within restrictions. Ashoke Pandit, president of Indian Film and Television Directors' Association, said that the association has written to Uddhav Thackeray, Chief Minister of Maharashtra, requesting changes in the guidelines. Speaking to PTI, Anees Bazmee, who was shooting Bhool Bhulaiyaa 2 in Lucknow before the nationwide lockdown was imposed, said, "We had about 350 to 400 people on the sets in Lucknow. It was an outdoor shoot so we required people to manage the crowd besides technicians and carpenters in huge numbers and the usual set of junior artistes, actors' personal staff, spot boys and camera people. Now with the guidelines, we will have to use one-third of the staff and it will be difficult to manage work in a way and will require a lot of planning."

Coming back to Erica Fernandes. The 27-year-old actress is best-known for her performances in the TV soaps such as Kuch Rang Pyar Ke Aise Bhi and Kasautii Zindagii Kay.