Box Office: Tumhari Sulu has made a total of Rs 14.71 crore so far 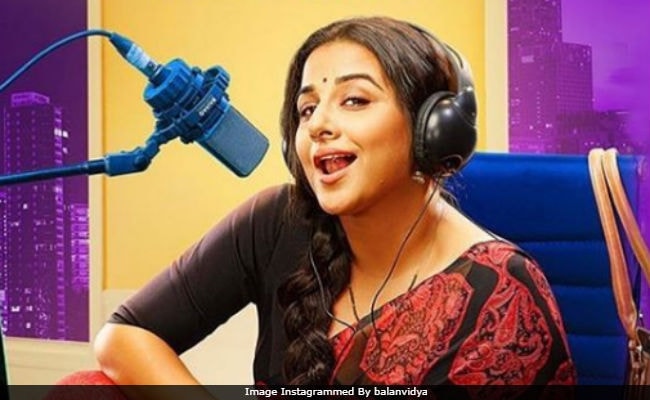 New Delhi: Vidya Balan's Tumhari Sulu, which released this Friday, is a hit at the box office just like her radio show Sari Waali Bhabhi is in the film. Tumhari Sulu, which had a 'slow start' on its release date witnessed 'superb growth' over the weekend and on Monday the film managed to make Rs 1.84 crore and is all set to touch the 15 crore mark with Rs 14.71 crore in total. Directed by Suresh Triveni, Tumhari Sulu also features Neha Dhupia and Manav Kaul. Of Tumhari Sulu, trade analyst Taran Adarsh tweeted and wrote: Tumhari Sulu Fri 2.87 cr, Sat 4.61 cr, Sun 5.39 cr, Mon 1.84 cr. Total: 14.71 cr. India biz."

In his review for NDTV, film critic Raja Sen gave Vidya's film 4 stars out of 5. "Tumhari Sulu is a special film, the kind where you know what is going to happen and yet texture and detailing give you much to marvel at. Vidya Balan plays Sulu, and she is superb in the part. She is a character filled with an indefatigable can-do spirit - her refrain in the film is a constant Main kar sakta hai - and we can see the wheels turning behind her head as she comes up with idea after idea. It is a solid, refreshingly unfamiliar ensemble," he wrote.

Promoted
Listen to the latest songs, only on JioSaavn.com
Many Bollywood stars like Shilpa Shetty, Karan Johar among others have appreciated Vidya's role in the film and have loved Tumhari Sulu. Vidya features as a housemaker-turned-RJ Sulu in the film. Vidya Balan has also payed tribute to actress Sridevi in this film's Hawa Hawai - through the vocals of Kavita Krishnamurthy (who sang for Sridevi in Mr India).