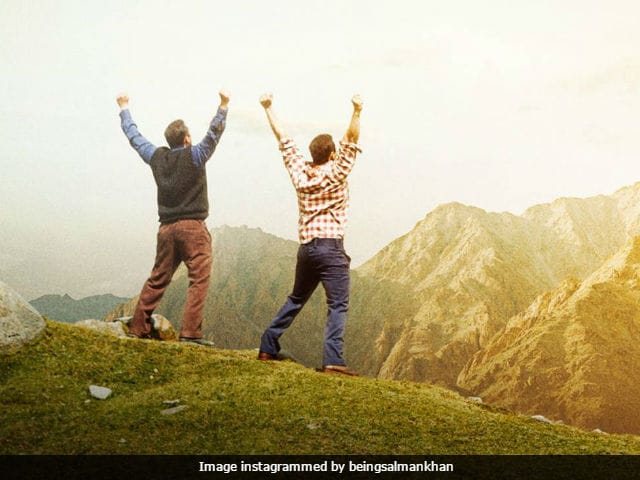 New Delhi: The teaser of Salman Khan's much-awaited film Tubelight is all set to be released tomorrow. The makers of the film have been sharing new posters to countdown the release of the film's teaser on social media since Saturday. On Wednesday, a new poster of the film was shared by the 51-year-old actor and filmmaker Kabir Khan adding to the excitement. In the new poster, the Dabangg actor shines bright amid the crowd. He captioned the image as: "Hai Hai!! Bas only 1 day to go! #TubelightTeaserTomorrow @TubelightKiEid @amarbutala @kabirkhankk @SKFilmsOfficial @StarGoldIndia." The teaser of Tubelight will be unveiled at 9pm tomorrow. Till then, check out the new poster of the film below

In the poster shared by Salman Khan on Tuesday, he introduced his brother Sohail Khan. "Do bhai aa rahe hain, bus do din mein," wrote the Kick actor. See the poster here

Tubelight marks Salman Khan's third collaboration with Kabir Khan. They have previously worked together in films like Ek Tha Tiger (2012) and Bajrangi Bhaijaan (2015). The film, which is set in the 1962 Sino-Indian war, also stars Sohail Khan and Chinese actress Zhu Zhu in lead roles. The film is scheduled to release in theatres on June 23, two days ahead of Eid.

Promoted
Listen to the latest songs, only on JioSaavn.com
Shah Rukh Khan will be seen making a cameo appearance in Tubelight.

Salman Khan was last seen in 2016 movie Sultan, co-starring Anushka Sharma. He is currently busy shooting for Tiger Zinda Hai along with Katrina Kaif. The film, which is a sequel of 2012 movie Ek Tha Tiger, is being directed by Ali Abbas Zafar.