"There is no price for anything as long as your child is happy and safe," Kareena Kapoor had said earlier 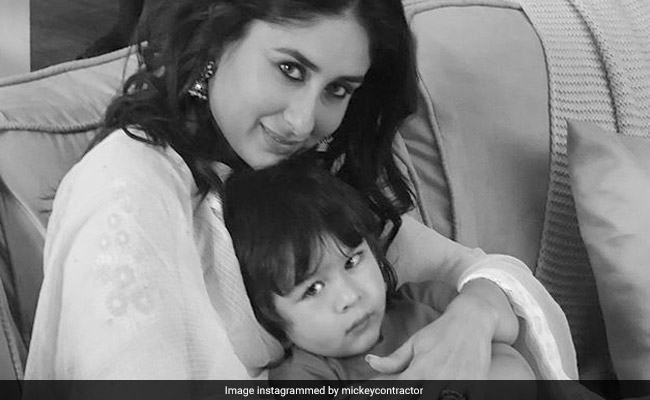 Kareena Kapoor and Saif Ali Khan's 3-year-old son Taimur is trending again for reports about his nanny's reported salary. Kareena Kapoor was recently asked about speculation over how much she pays for childcare in an interview with Pinkvilla; to this, the 39-year-old actress firmly shut it down. Asked if Taimur's nanny's remuneration is over Rs 1,50,000 per month as reported in gossip columns, Kareena appeared to be taken by surprise. "Really? Like I said, I don't talk shop," Kareena said in the Pinkvilla interview. When Taimur was described as the "biggest superstar", Kareena said: "Well, in my 'Khandaan', but not in the real 'Khandaan.'"

Kareena Kapoor has referred to childcare costs in the past, in an interview with actor Arbaaz Khan on the show Quick Heal Pinch By Arbaaz Khan, where she said, "There is no price for anything as long as your child is happy and safe. There is no price for that. The idea is that the child should be happy and in safe hands." In the same interview, Kareena commented on the paparazzi obsession with Taimur. "Sometimes they cross the line," Kareena said, "Once in a while it's fine. But every day, what is the reason that you have to see this child?" The Internet is full of video footage of Taimur, mostly accompanied by his nanny - so familiar is he with the cameras that Taimur either waves to the assembled photographers or tells them off for getting too close.

Here are some of the videos that went viral:

On the work front, Kareena Kapoor's new release Good Newwz is currently in theatres. Her upcoming films include Angrezi Medium and Takht.