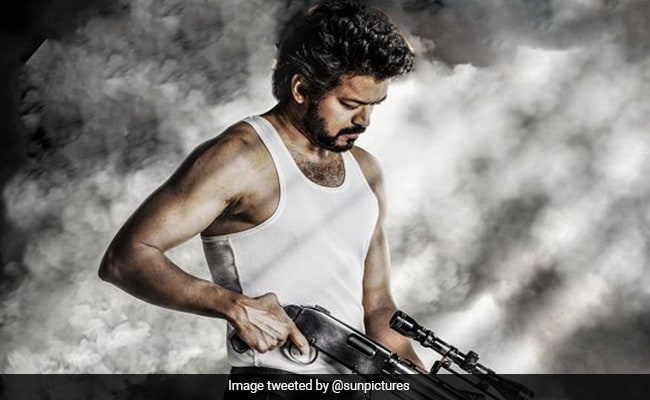 South superstar Vijay's return gift for fans arrived early. Vijay celebrates his 47th birthday on June 22 - on the eve of the actor's birthday, the makers of his new Tamil film dropped a brand new surprise. The title and the first look poster of Vijay's new Tamil film was dropped and the Internet went into a meltdown. Vijay's 65th movie - described as "Thalapathy 65" - is titled Beast. The action thriller marks Vijay's debut collaboration with writer-director Nelson Dilipkumar. In the first look poster of Beast, Vijay can be seen wielding a gun against a dramatic background of smoke, suggestively from gunfire. Vijay reportedly plays a special agent in the Nelson Dilipkumar-directed Tamil movie.

Beast also stars actress Pooja Hegde opposite actor Vijay. Pooja Hegde will return to Tamil cinema with the Nelson Dilipkumar directorial after almost a decade. The first shooting schedule of Beast took off in Georgia earlier this year, before India was hit by the second wave of the COVID-19 pandemic. After a brief schedule in Georgia, the film's team returned to India but the shooting was halted because of lockdown restrictions in Tamil Nadu.

Just like Vijay's last film Masterreleased on Pongal earlier this year, Beast too is expected to release on Pongal next year - however, nothing has been confirmed yet.

Suriya And Wife Jyothika Get First Dose Of COVID-19 Vaccine