Trending: Varun Dhawan And Sara Ali Khan May Co-Star In Coolie No 1 Remake 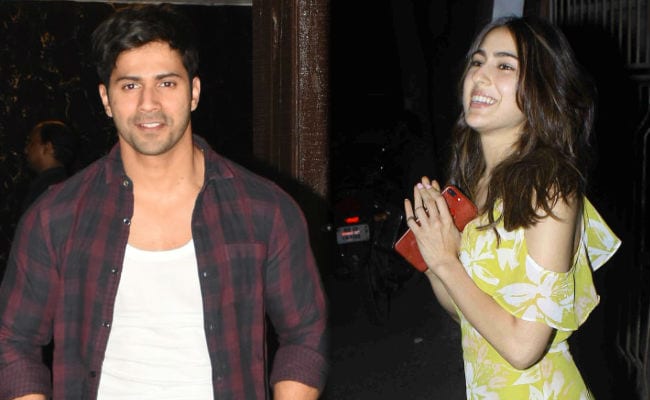 Varun Dhawan and Sara Ali Khan rocketed to the top the list of trends after reports of them co-starring in the remake of Coolie No 1 (first reported by Bollywood Hungama) spread like wildfire on the Internet. A source close to the project told Bollywood Hungama that director David Dhawan will make an official announcement on Varun's birthday (April 24). Coolie No 1 featured Govinda and Karisma Kapoor in lead roles. In addition, the source said that the remake will also retain two popular songs from the film - Husn Hai Suhana and Main To Raste Se Ja Raha Tha. "We plan to keep the original songs in the remake. Why should David Dhawan re-mix those hits when they are popular to this day?" the source was quoted as saying.

Coolie No 1 narrated the story of Raju (Govinda), a coolie who falls in love with Malti (Karisma Kapoor) who is the daughter of a rich landowner Hoshiyar Chand (Kader Khan). Raju pretends to be a rich businessman to marry the woman he loves in a plan orchestrated by a match maker, who wanted to hit back at Hoshiyar Chand for insulting him.

Meanwhile, as per the Bollywood Hungama report, Varun's coolie look will be unlike that of Govinda's in the original film which released in 1995. "The red coolie's uniform that Govinda and Amitabh Bachchan wore in Coolie No 1 and Coolie, respectively are a thing of the past. If you see the coolies on Matunga station of Mumbai Central they are dressed in jeans and t-shirt. Ditto Varun," the source said.

As of now, Varun Dhawan is looking forward to the release of Kalank on Wednesday.